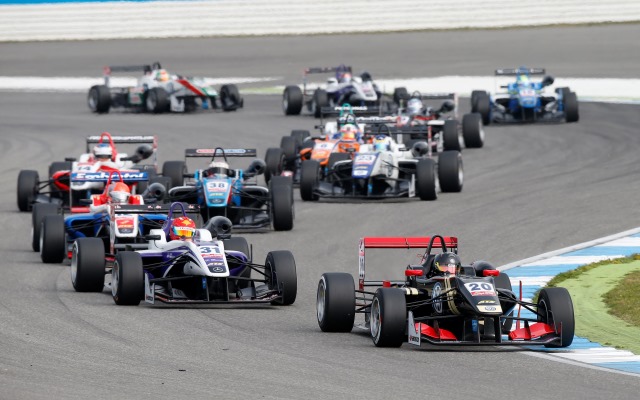 The deadline for entries to the 2016 FIA Formula 3 European Championship has been pushed back by a fortnight, after 24 cars were confirmed by the original cut-off.

There were 13 teams that had lodged entries during the pre-registration phase, covering 39 cars between them.

These included the Signature, Fortec, Double R, West-Tec, DAV and Jo Zeller teams, which have not yet made final registrations with drivers.

Teams now have up until 29 February to submit entries, prior to the official test at Vallelunga on 3-4 March.

FIA Single-Seater Commission president Stefano Domenicali said the original 15 February deadline had previously been established to allow for a possible earlier start to the season, but the campaign will commence on 1-3 April at Paul Ricard.

“It did not make any sense for us to move the entry deadline forward two weeks when we are starting the season at virtually the same time as last year,? said Domenicali.

?There are some teams that have indicated to us that they need some more time to put their deals together ? and we wanted to give them every opportunity to do so.”

Domencali feels that although the present grid size is lower than in 2015, the quality of the drivers is still high.

?It is a tough marketplace at this level of junior formulae, and it looks like we?ve got a pretty high standard so far ? hopefully we can add some more before the deadline.

“We?ve done a lot of work to make sure this championship is very competitive ? such as excluding experienced drivers with three years of Formula 3 experience, which meant we lost some drivers, limiting the number of cars for each team, toughening up the technical regulations, as well as working on reducing costs.?

Promoter Walter Mertes countered claims that the series is being dominated by a select number of well-funded teams, forcing others out.

“Prema obviously did a great job last year, but their champion came into the season with over 100 races of F3 experience,? said Mertes.

“The second placed driver was from Carlin, there were three different teams in the top four of the championship, and 14 drivers were on the podium throughout the season.

“There are a lot of teams with a history of success in the series, and the opportunity is undoubtedly there for good young drivers to make their mark.”

A total of 19 drivers had previously been confirmed with teams, and the FIA’s statement additionally revealed that Li Zhi Cong has been entered with Carlin.

The Chinese driver previously lined up with Carlin in British F3 in 2014 before joining Fortec to step up to European F3 for last season, scoring a best finishing of 19th.

He joins Ryan Tveter and Alessio Lorandi in Carlin’s 2016 line-up. Raoul Hyman has been chasing a seat with the team after going well in testing.