Some say he’s an F1 driver of the future. He’s not the Stig, but he is the Stig’s son – world rally champion Stig Blomqvist that is. And after winning Formula Renault UK in 2010, Tom is now on McLaren’s books…

In 2010 Tom Blomqvist became the youngest ever winner of the Formula Renault UK championship, beating the previous record held by Lewis Hamilton. His 2011 campaign in German F3 was a disappointment – and cut short by injury – and budget restrictions meant his 2012 programme came together rather last-minute even if McLaren had made him a member of their young driver development programme. In the F3 Euro Series he’s racing with a team that did no pre-season testing with the new chassis but still having competitive races, while as a part-season entry back in German F3 he’s won three times – including twice at Spielberg last week.

Tom was born in England as the son of 1984 World Rally Champion Stig Blomqvist, but moved to New Zealand with his mother Kim in 2000 and started racing karts. (Read this piece by Graeme Moore for more on his Kiwi connections.) He worked his way up the ranks, winning the Formula Junior class of the NZ Top Half Series in 2007 and 2008 and finishing second to Nick Cassidy in the CIK Trophy of New Zealand in 2008.

His father took him to Sweden for the step up to cars in 2009, aged 15. He finished third in Formula Renault 2.0 Sweden behind Felix Rosenqvist and Daniel Roos (who both had two years of car racing behind them), winning one race and taking five podiums from the 14 races.

At the end of the year he returned to Britain to contest the Formula Renault UK Winter Series, but was barred from entering the first of the two weekends at Snetterton as he was not yet 16. The second weekend at Rockingham took place three weeks before his birthday but was allowed to take part with Fortec Motorsport and won both races, being joined on the podium by champion Harry Tincknell, Marlon Stockinger and Nick Yelloly – all of whom had contested that year’s UK championship. 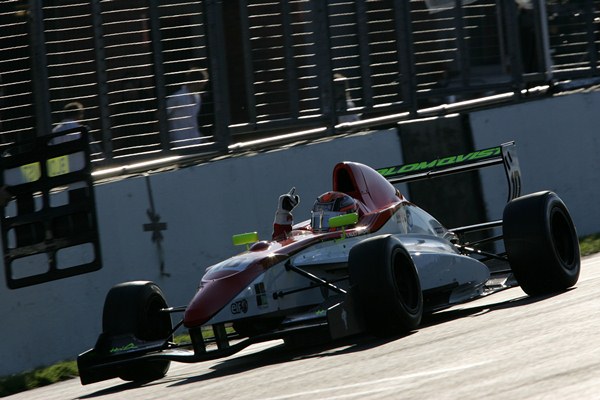 Entering the full UK championship himself in 2010, Tom played second-fiddle to second-year drivers Tamas Pal Kiss and Will Stevens early on. He then kick-started his title campaign with two wins from a triple-header at Silverstone in August, following that up with another win at the next round at Knockhill. Four podium finishes from the last four races allowed him to overhaul Pal Kiss and hold off Lewis Williamson to win the title and become the series’ youngest ever champion aged 16. He also took part in the Formula BMW Pacific race at the Macau Grand Prix, finishing third and setting the fastest lap as Carlos Sainz Jr won, and was a McLaren Autosport BRDC Award finalist.

In 2011 he used his Swedish links to get a drive with the Performance Racing team in the German F3 Cup. He took pole position for the first race of the season at Oschersleben, but was beaten to the win by fellow rookie Richie Stanaway. Only one more podium finish followed over the next eight races before taking his maiden win from pole in race two at Zolder. Another podium in the first race at Lausitz put him third in the standings behind Stanaway and Marco Sorensen, before a start-line crash in race two ruled him out for the rest of the season with a broken back. That saw him slip back to sixth in the final standings, but he was still nominated for the McLaren Autosport BRDC Award again.

Tom returned to action late in the year in GP3 testing with the Status and Carlin teams, and drove again for Status before the 2012 season but missed out on a drive due to a lack of budget. In the meantime, Mark Blundell had become his manager and McLaren had added him to their driver development programme. On the eve of the season, Volkswagen signed him to drive for their ma-con team in the Formula 3 Euro Series, although they entered the first race weekend with virtually testing with the new Dallara chassis compared to their rivals.

Results were naturally hard to come by early on, but a podium finish came in the reverse grid race at Spielberg. Then at Spa, a British F3 round that was also part of the FIA European F3 Championship, Tom showed his prowess in a soaking third race to come from sixth on the grid to finish second behind Sainz, and the top non-British series runner. 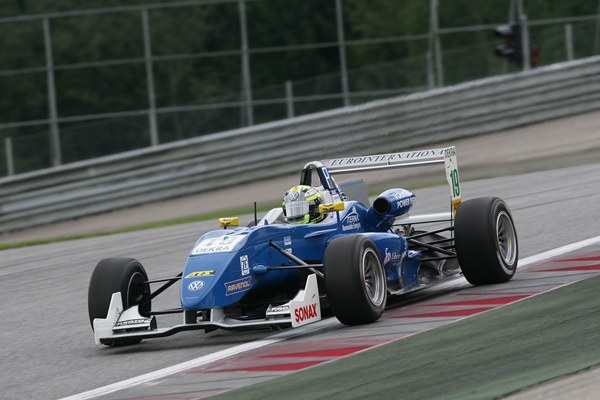 Tom also made a return to German F3 from the second round at the Sachsenring, with the newcomer Eurointernational team. He scored a double podium in his first weekend back and then another podium at Oschersleben. Then at Spa he came second in the first race, won the second race from seventh on the grid and came second again in the third race. He skipped the Assen round before returning for Spielberg, winning the first and third races from pole position. He also finished second in the second race from eighth on the grid but was penalised for exceeding track limits. From the rounds he has contested, Tom has scored the second-highest number of points and just 16 fewer than dominant series leader and third year F3 driver Jimmy Eriksson.

Talent rating: Tom showed great promise with his double win on his Formula Renault UK Winter Series appearance aged 15, and then won the Formula Renault UK title in a highly-competitive season against a number of more experienced drivers. He was disappointed with his German F3 campaign in 2011, but could still have got a top three finish as a rookie had it not been for his unfortunate injury. He is showing well in 2012 despite being unprepared due to his lack of budget. 8/10

Chances of getting to Formula 1: While Tom’s 2012 racing is seemingly being partly funded by Volkswagen, they’re unlikely to take him towards Formula 1 unless they have dreams there of their own. He’ll therefore need to depend upon increased levels of sponsorship from his new sponsor Liberty Mutual Insurance or find himself some additional support from elsewhere as McLaren are unlikely to fund him. Alternatively, maybe VW could take him rallying… 6/10 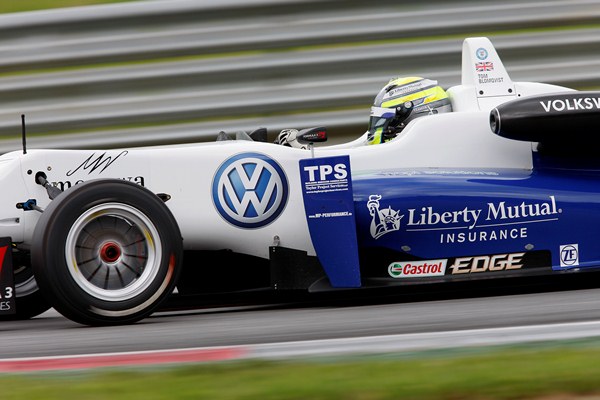