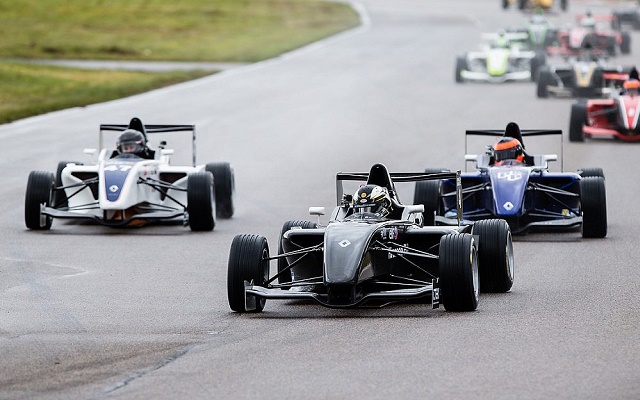 Soderstrom cruised to victory in the morning’s wet race, while Horr took his first win in single-seaters in the only dry outing of the weekend.

Poles for both races belonged to Soderstrom and the Swede’s win in the first race was as straightforward as they get, his advantage over second-placed Horr a ludicrous 14 seconds over just eight green-flag laps.

The final race gave the weekend a third different winner, with Horr passing Soderstrom on lap two and escaping with the win despite serious late-race pressure from the Swede.

Soderstrom’s lead over Korpivaara is now 26 points, with Horr a further four down.