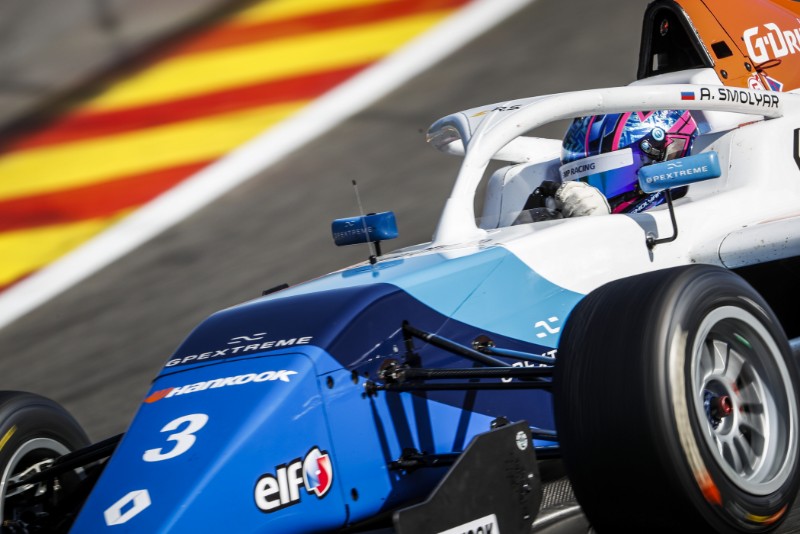 Alexander Smolyar has confirmed he was uninjured in the dramatic collision that ended the second Formula Renault Eurocup race at Spa-Francorchamps early and sent him to hospital.

The title-contending Russian suffered a turbulent weekend at Spa. He started the first race down in 17th, but stormed to ninth place, overtaking two cars on the final lap.

In race two he also started at the back, but rose to sixth position. However, that came as a result of the end classification being taken two laps prior to the last lap crash where he hit the stricken Federico Malvestiti and flipped over.

?The whole weekend in Spa turned out to be difficult,” Smolyar said. “Although today in the [second] race I had a great pace, from last place I moved up to sixth position.

“Unfortunately, the accident ruined everything, but there was nothing I could do to prevent it. The collision looked quite dangerous, but I’m fine.”

Smolyar struggled in qualifying for both races, admitting that there was a number of contributing factors.

“Talking about the pace in qualifying, we simply didn?t have it. The car setups weren?t perfect, the tires were heating and wearing off pretty quickly on such a long track, and I made mistakes.

“I managed to recover during the races. Having started both times outside the top 10, I was able to gain a lot of positions and earn points, which is very important for the fight in the championship.?