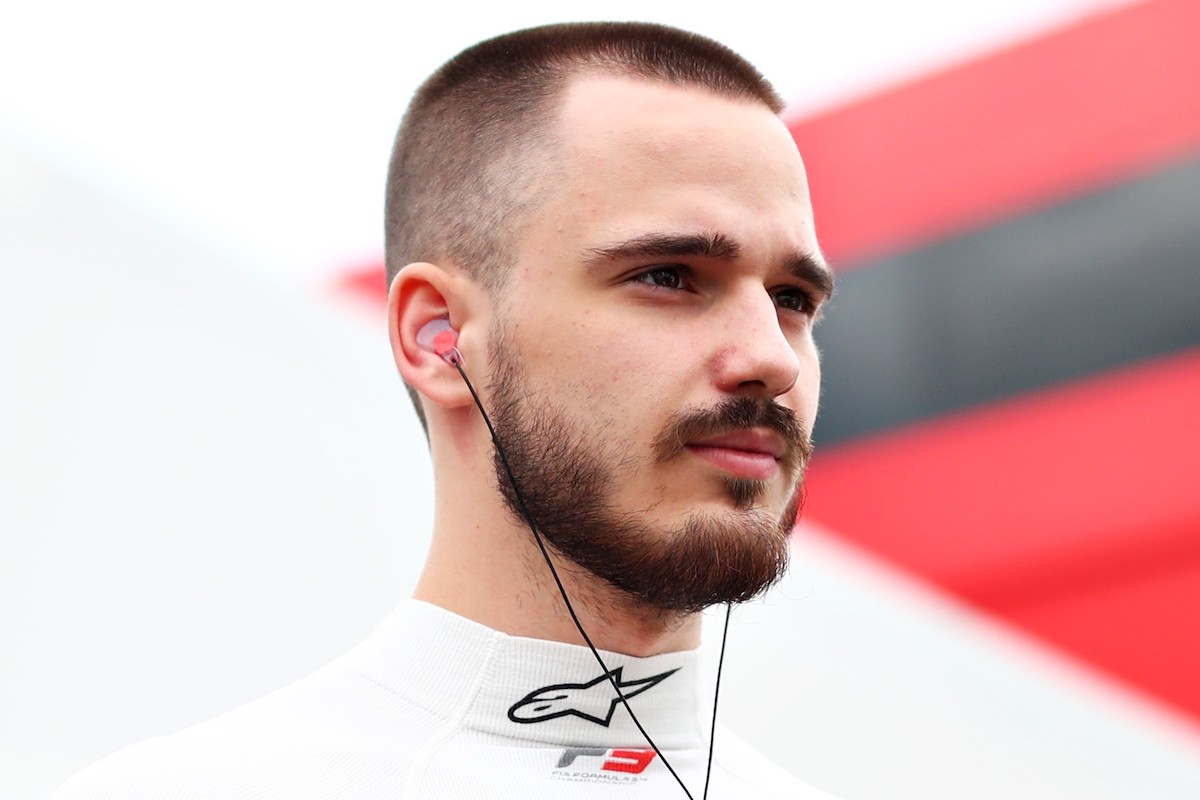 Alexander Smolyar has spoken publicly for the first time about how he made it onto the FIA Formula 3 grid for the 2022 season opener in Bahrain amid the fallout from Russia’s invasion of Ukraine.

Smolyar has previously competed with backing from both SMP Racing and G-Drive, two entities with strong connections to the Russian government and impacted by sanctions from the European Union, United Kingdom and United States following the invasion of Ukraine in February.

Despite an initial announcement on Smolyar’s own social media channels that he wouldn’t race in FIA F3 this year, following in SMP Racing’s footsteps, he was then confirmed as part of MP’s line-up on the eve of the season opener.

He is the only Russian driver racing on the F1 bill this year, after Nikita Mazepin lost his drive (and was hit with sanctions himself) with the Haas F1 team and Robert Shwartzman moved into a test driver role with Ferrari.

Smolyar, who is entered as a Authorised Neutral Driver in line with the FIA’s requirements for Russian drivers, finished third in the season-opening sprint race and was asked about the subject in the subsequent press conference.

“For sure, I would say thanks to MP because there were some difficulties in the beginning and then we basically found the solution to sort it out, and yeah I’m basically just happy to be here,” he said.

Asked by Formula Scout how disruptive the situation had been, Smolyar said he kept his focus on racing.

“Disruptive? I still knew that everything can happen, so I was ready for everything, even for, say, a latest [possible] call.

“So yeah, it didn’t affect any of my pre-season preparation. I’m trying not to think about it too much, I just focus on racing and trying to… I know these are difficult times, but [I’m] also trying to focus on my job and that’s it.”

Smolyar was asked a further question about the attitude of fans and sponsors but did not wish to comment further on the matter.

It is unclear at this time whether Smolyar will be able to race in all rounds this season, particularly the visit to Silverstone in July. Motorsport UK, the national governing body, has said Russian-licenced competitors will not be able to take part in its events, and Russian drivers have faced difficulties obtaining visas to race in Britain in the past – as Smolyar did for the ultimately cancelled round in the United States last year.