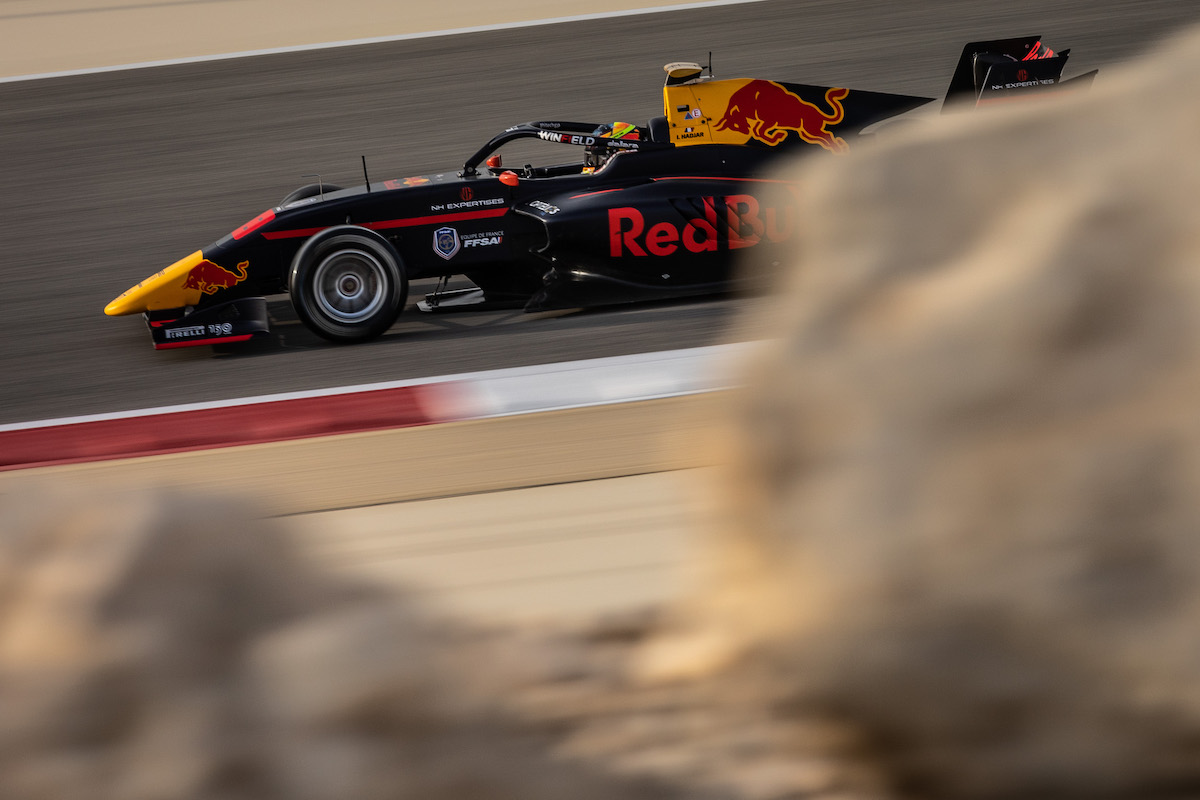 Isack Hadjar won the opening race of the 2022 FIA Formula 3 Championship after on track victor Ollie Bearman received a time penalty after the chequered flag.

Bearman crossed the line with a comfortable gap back to the rest of the field after leading for most of the sprint race. But the Prema driver was judged to have exceeded track limits too many times and had the victory snatched away by a five-second penalty while celebrating on his cool-down lap.

Hadjar, who battled up from fourth on the grid, was promoted to the race win for Hitech GP with MP Motorsport’s Alexander Smolyar completing the podium.

It was reversed-grid polesitter Zak O’Sullivan who led off the line. He briefly pulled away from Bearman, but Bearman soon reeled him back in and snatched the race lead. O’Sullivan stayed with the leader for a few laps before falling backwards, losing pace as the race progressed.

Bearman was more than three seconds ahead by the time Zane Maloney found his way through to second, with Hadjar following through. The pair battled for position with Smolyar close behind, and eventually Hadjar emerged on top.

Hadjar was able to gap Maloney as Maloney battled with Smolyar, but couldn’t close the gap to Bearman. It wouldn’t be necessary, though, as the penalty was able to move him ahead.

Smolyar took third in the closing stages of the race, leaving Maloney to battle to stay ahead of the charging Arthur Leclerc. Leclerc couldn’t find a way past and had to settle for fifth ahead of O’Sullivan.

It was a bad start to the season for ART Grand Prix. Victor Martins and Gregorie Saucy had been battling inside the top 10 when they came together at turn one. Saucy’s front wing caught Martins’ rear tyre and both cars were left damaged. After coming into the pits, the team opted to retire both cars, leaving Juan Manuel Correa as the only ART driver on track.

Correa battled with Caio Collet and Kaylen Frederick at the tail end of the top 10. Collet managed to get through to take seventh late on, with Frederick following not long after. Correa briefly reclaimed the position on the penultimate lap but took the chequered flag ninth ahead of David Vidales.

Elsewhere, there were issues for Roman Stanek, who received a puncture on the opening lap in contact with Franco Colapinto, who suffered front wing damage and needed to pit for a replacement.