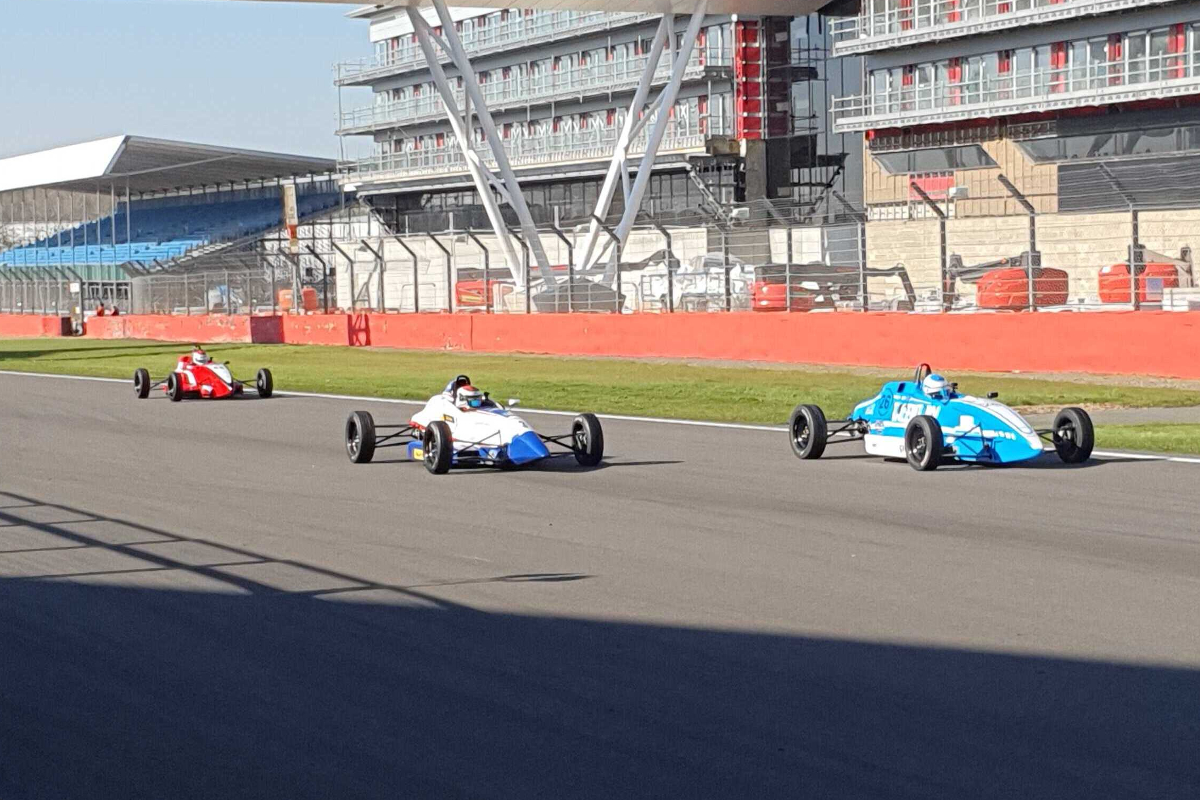 The Kevin Mills Racing driver and reigning Northern Irish FF1600 champion, a late entry for the season, described the session as “a bit hectic” as drivers ducked in out of the tow and passed each other down straights to get a slipstream.

Oldfield Motorsport’s Lucas Romanek set the early pace, posting a 1m10.731s lap to go almost a third of a second clear of the field while Dempsey was actually one of the last out on track.

Colin Queen was second to Romanek at the start, but he then moved ahead by 0.097 seconds. The Ammonite Motorsport driver was quickly shuffled down to second again though as Romanek improved, and then B-M Racing’s Rory Smith went fastest by 0.035 seconds.

Smith’s lap kept him ahead for almost half of the session, as drivers actually struggled to improve with so much on-track battling take place. Team Dolan’s Ben Cochran ran in Smith’s tow, and more than once overtook him down the inside of the first corner at the start of a flying lap.

The top three were covered by 0.057s going into the final minutes, when several of the top drivers took a quick trip to the pits. Romanek was one of those and found more pace when he rerturned to track, but just as Dempsey improved too to put himself in first place with a 1m10.436s lap.

Nobody was able to beat that time, although Smith got closest to shuffle Romanek off the front row. Queen qualified fourth, just 0.057s slower than Smith.

Davide Meloni qualified 13th for his racing return, while Welsh youngster Tom Nippers, racing as a privateer for his single-seater debut, qualified 14th and just 1.331s off pole.

At the bottom of the order was Dolan’s Morgan Quinn, who had an issue that kept him in the pits for much of qualifying, and Ammonite’s debutant Brindley Kinch.