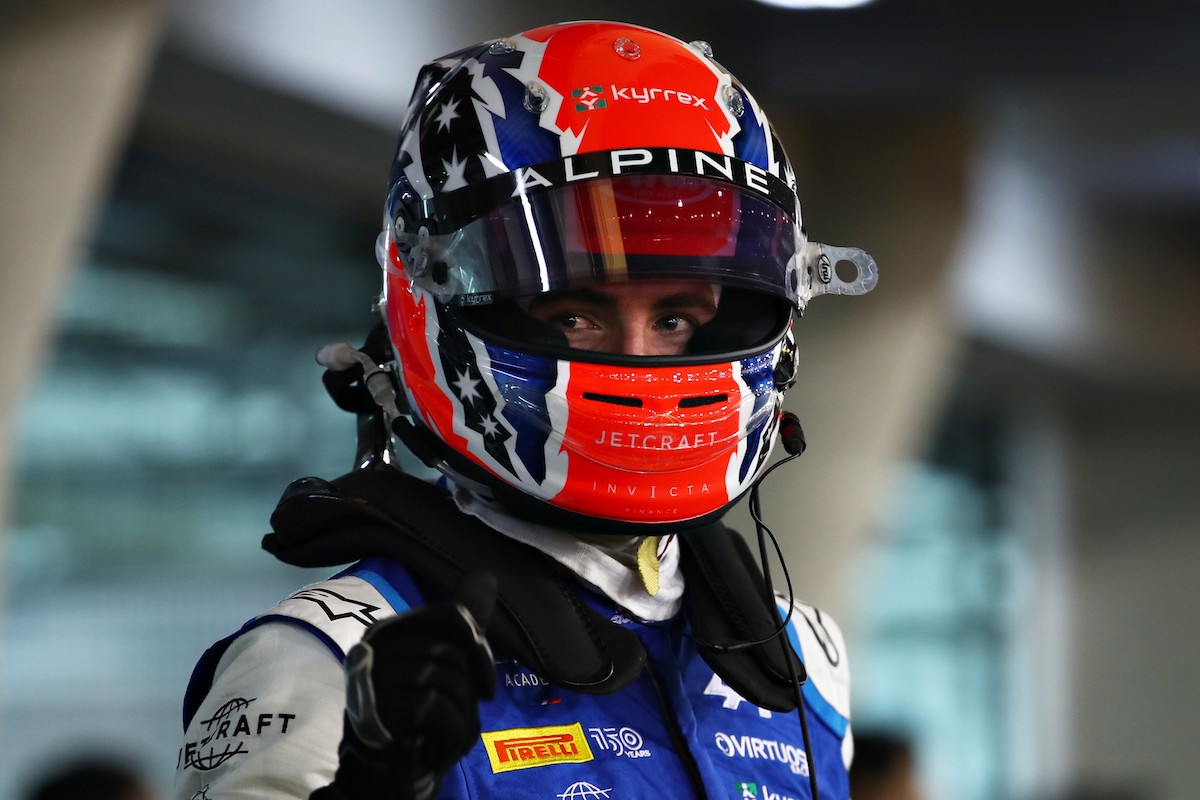 Jack Doohan has revealed that he and his Virtuosi Racing team started planning their pole-winning Bahrain qualifying strategy as early as Wednesday.

Doohan stormed to pole position under the floodlights by utilising a strategy not too dissimilar to that of Guanyu Zhou last year, where the then-Virtuosi man ran in a gap with a clean track and secured pole.

New Alpine junior Doohan’s run plan did differ though in that he went out in with the usual traffic for his first attempt, where he did just one flying lap before a quick turnaround meant he had the track effectively to himself for his second flier, which took him to pole.

Speaking in the post-qualifying press conference, he outlined to Formula Scout the approach to taking this strategy.

“It was a tough one just due to the cooler conditions, but from Wednesday I was quite committed to doing one lap and one lap on both sets,” he said.

“With how we were feeling, it gave us the option that if we wanted to make a change we could still go together-together. So that was the best thing, but no changes needed to be made after the first run. I didn’t think it wasn’t an awesome lap, so I knew I had time in me, and I just put it together on the second set.

“I don’t think it was an insane lap. It was quite clean, there was still a little bit of time in hand for me, but you know, it was enough to get the job done and I’m quite happy.”

Referencing the ex-Alpine man he succeeds at Virtuosi, he added that “Zhou last year ran in the gap on his first set and then together for the last set but due to us not running that setup option yet before, if we needed to make an adjustment in the gap in the second run, we didn’t really have time.”

Doohan went on to add that pole “means a lot”.

“It’s good to start our first proper campaign with pole. Yeah, it was quite nerve-wracking the last little bit of time, [the final] 10 minutes in the pitlane, but we definitely did our job quite early on, a different strategy than the others, so we just had to commit with that and it was a part of the game to be able to wait it out. Luckily we were able to hold onto pole.

“It means a lot but, to be honest, it’s round 1 of 14 and still very early on in the weekend, so I’m just going to continue to work at it and enjoy the moment, but we also need to keep pushing.”