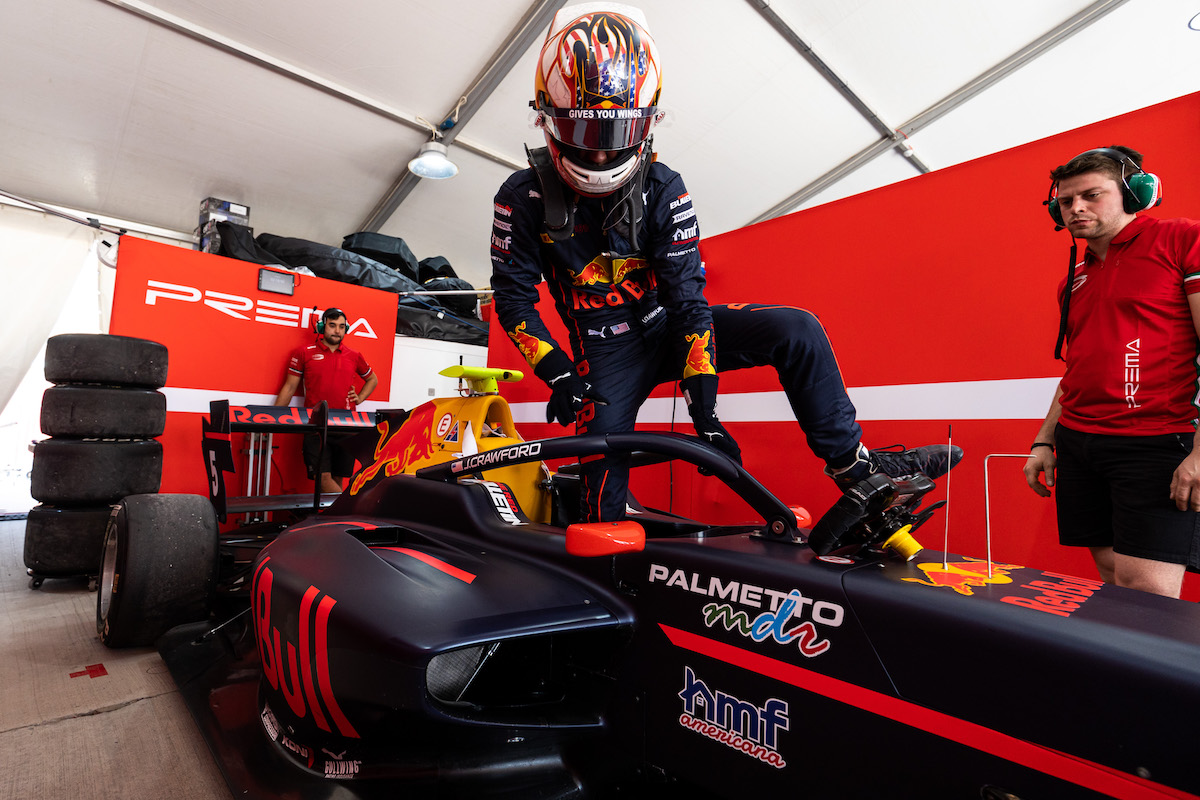 Jak Crawford suffered with an engine problem as he qualified well down the order for the opening FIA Formula 3 Championship round in Bahrain on a difficult day for Prema.

None of the Italian team’s drivers finished the qualifying session inside the top 10, with rookie Ollie Bearman best-placed in 11th. Arthur Leclerc was 14th while Crawford was 21st – although all three will gain a place for Sunday’s feature race after Arjun Maini was banished to starting from the pits.

Mechanics were seen frantically working on Crawford’s car with the engine cover off as the session entered its closing stages, and he was further hurt by having a time deleted for exceeding track limits.

“We did alright in the first run, I think I was seventh, but then we had an engine issue for the second run and I also got my lap time deleted,” said Red Bull junior Crawford. “The issue held us back quite a lot but I will do my best to make up for the positions lost tomorrow.”

Ferrari junior Leclerc will also have to try to move forwards to score points in either race this weekend.

“Not the best qualifying for the team,” he said. “We have been missing a bit of pace in every sector, mainly sector one where we struggled with top speed and we have to solve a small issue as well.

“However, we will work hard to come back stronger and for sure we look quicker in terms of race pace, so there will be time to recover.”

Bearman felt he was in “quite a good spot” after free practice but found qualifying “a bit more difficult”.

“We just lacked pace, we need to look into it and see why,” he said.

“The only good takeaway is that I’ll start from the front row tomorrow and I’m looking forward to that for my first race but we have to find some qualy performance.”