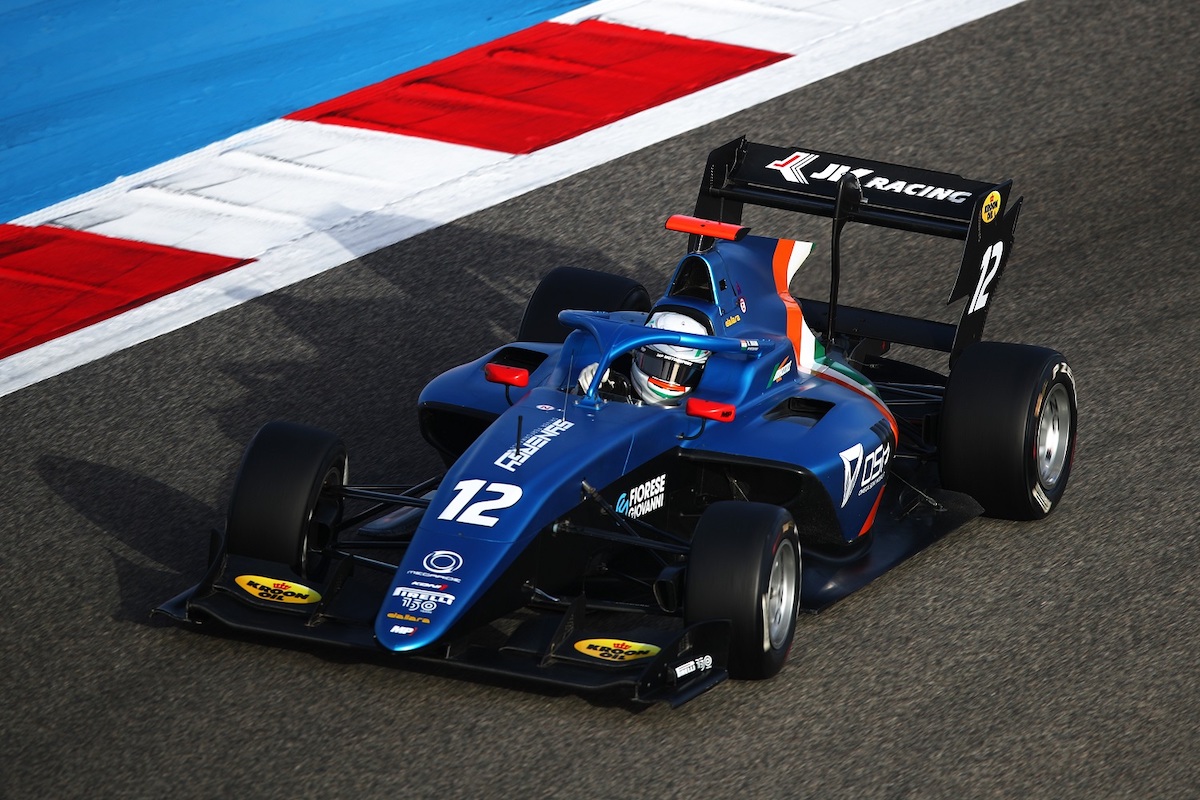 FIA Formula 3 Championship newcomer Kush Maini will start his debut races in Bahrain from the pitlane following an infringement infringement during his impressive run to third place in qualifying.

Maini went third-fastest in his first FIA F3 qualifying session and his first in single-seaters for over a year, but he failed to stop at the weighbridge when called during the session.

Even though his fastest lap was set after that, he will be will be forced to start both the sprint and feature races from the pits.

He had been to start Saturday’s sprint race from 10th on the reversed grid. He has not been excluded or had his times deleted, so there is no opportunity for Maini’s team-mate Caio Collet to start from pole after originally qualifying 13th – he will simply move up to 12th for both races.

The FIA stewards document read that “having considered the matter extensively, the stewards determined that [Maini] did not stop at the weighbridge when properly ordered to do so by the Technical Delegate. The team subsequently began work on the car.

“The mandatory penalty in such cases is specified in Art.29.1(b) iii of the 2022 FIA F3 Championship Sporting Regulations and applies to both races whose grid is established by this session.”

Maini was asked about the matter of missing the weighbridge during the post-qualifying press conference, which occurred before the hearing and penalty.

He said: “Obviously I’m under investigation but I’m pretty sure everything will be fine as I weighed myself after the last run.

“So, something to learn for me, to take forward, but it is tough because in the heat of qualifying it is very easy to miss. It’s more my fault really, so I’ll make sure I don’t do it again.”

Other drivers were asked about the procedure, with polesitter (and fellow FIA F3 debutant) Franco Colapinto adding: “I have no idea about the weighbridge and my engineer told me all these instructions and was telling me where to go because I was struggling quite a bit.

“And yeah as Kush said with the emotions of the moment, it’s quite difficult to focus on where you have to go and remember what they tell you before. So I don’t think it needs to be revised, it is how it is and you just have to follow the instructions that they are giving you and if the engineer is clear, it’s going to be easy.”

Trident’s Roman Stanek, one of the more experienced FIA F3 drivers in the field said: “I think you have to really focus on the light but at the same time you have to focus on the driving. It’s quite hard sometimes.

“I think one time I also missed it but then I stopped there and it was all fine but I think it is fair for everyone because throughout the season I think everyone will be there.”