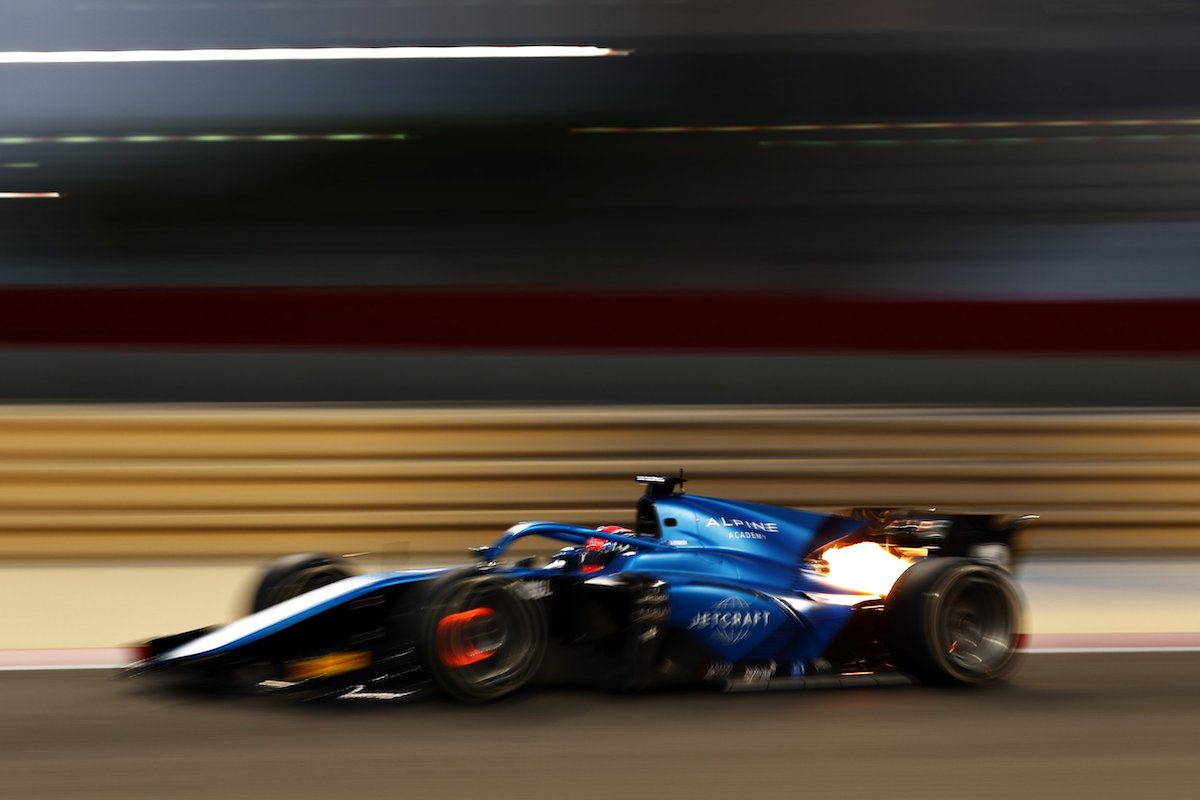 Jack Doohan topped the first Formula 2 qualifying session of the year in Bahrain to claim his maiden series pole position thanks to a blistering mid-session lap.

The red flag came out less than one minute into the session after DAMS’ Ayumu Iwasa lost control of his car at the exit of turn two ended up in one of the circuit’s few gravel traps. The session resumed shortly afterwards, and all the drivers but free practice pacesetter Felipe Drugovich left the pits pursuing the first quick laps.

Van Amersfoort Racing’s Jake Hughes set the pace in the early stages of qualifying while Prema’s Dennis Hauger and Hitech GP’s Juri Vips had a close call coming onto the main straight. Vips, who was on a flying lap, had to avoid Hauger, who had slowed down as he headed to the pits.

Halfway through the session, Virtuosi Racing’s Doohan moved up to first place with a laptime of 1m40.542s. Going out very early for his second attempt, repeating the strategy that earned Guanyu Zhou pole with the same team one year ago, worked out well as nobody would be able to beat him.

ART Grand Prix’s Theo Pourchaire came within two tenths of Doohan’s benchmark to qualify on the front row for Sunday’s feature race. Third was Vips, who will share the second row with Carlin’s rookie Logan Sargeant.

Trident’s Richard Verschoor and MP’s Drugovich completed the top ten, which means they will line up second and first respectively for tomorrow’s sprint race.

Calan Williams upstaged bigger-name rookies to be the top F2 debutant in 12th for Trident. Last year’s FIA Formula 3 champion Hauger ended the session down in 15th and will have to visit the stewards as a result of his incident with Vips. Mercedes junior Frederik Vesti was only 19th.