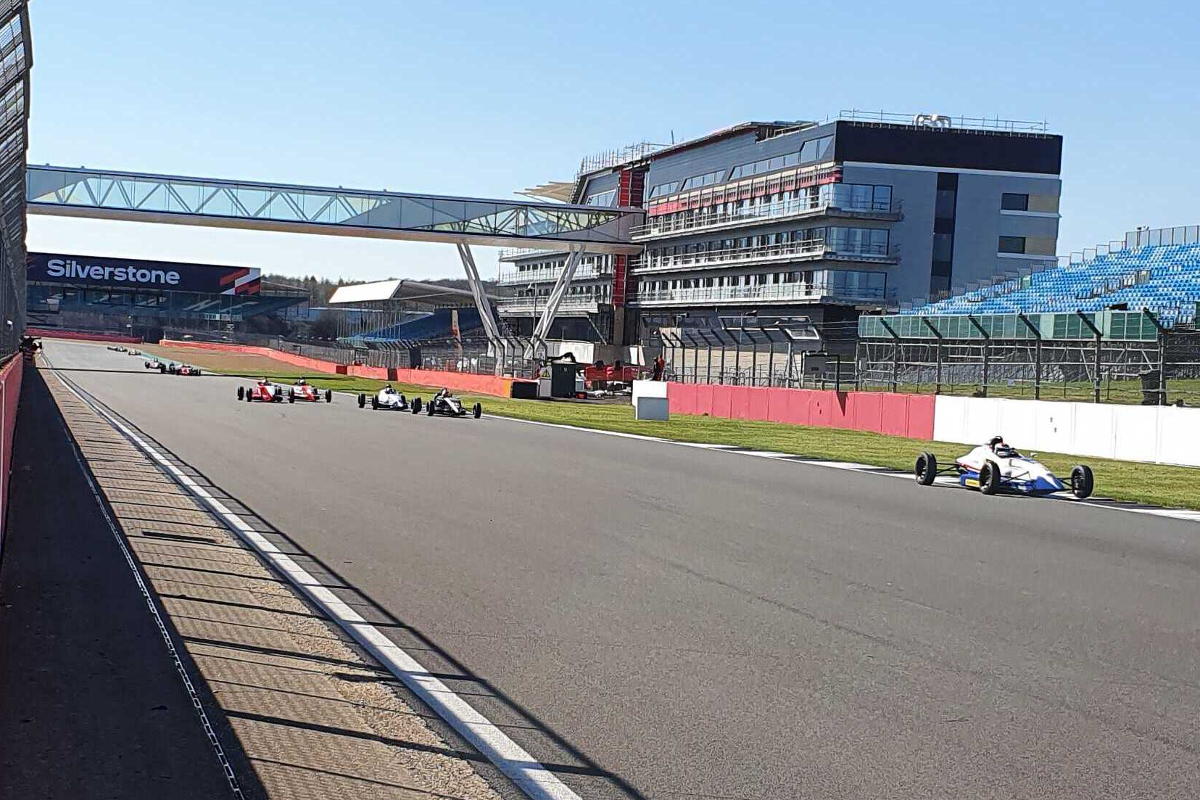 Dempsey started from pole ahead of B-M Racing’s Rory Smith, who made his first go at the lead around the outside of Stowe on lap two. He couldn’t do it, but Dempsey’s team-mate Tom Mills could behind as he passed Oldfield Motorsport’s Lucas Romanek for third on lap four.

Tucking in at Stowe to then attack around the outside of Vale and then Club was Smith’s usual tactic after drawing alongside Dempsey down the Hangar Straight, but he couldn’t make a move stick.

On one occassion he went too wide through Club, the final corner, and that allowed Mills to hold a tighter line and snatch second, and then even think about attacking his team-mate as he finished the lap 0.189 seconds behind and with fastest lap.

Mills is racing in GB4 this year and is at Silverstone for a one-off, so instead played the defensive game against Smith rather than attack Dempsey who is going for the National FF1600 title.

The previous lap Colin Queen had got past Romanek for fourth, but then on lap eight the latter reclaimed the position by diving down the inside of Village. Smith also made a darting move, taking second back from Mills just before the safety car was called after an accident for Team Dolan’s Morgan Quinn who had sat out most of qualifying with electrical issues.

Despite it being mid-March, the track was warm and the safety car allowed overheating tyres for the likes of Romanek to cool down.

On the restart Mills kept Smith busy by trying to overtake him, giving Dempsey some breathing room and enabling Romanek to close in on the podium battle.

Smith did almost get the lead, drawing alongside Dempsey through The Loop but compromising his approach through Aintree. Mills got the slipstream and went around the outside of Stowe but ran off track, and did the same at Club too.

While Mills was on Smith’s outside, Romanek snuck down the inside for second and Mills moved ahead of Smith as he went on to the pit straight. Queen repeated Romanek’s move on Smith the next lap, and the order stayed the same through the final two tours as Dempsey took victory.