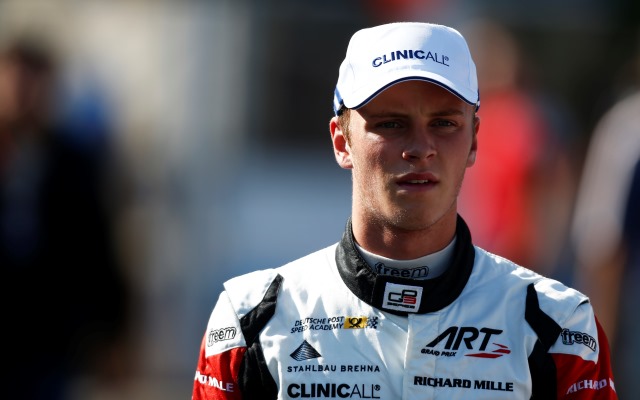 Marvin Kirchhofer,?Will Buller and?Martin Cao are among six drivers joining the FIA F3 European Championship field ahead of this weekend’s penultimate round of the season Imola.

Nick Cassidy, Nicholas Pohler and Sergio Sette Camara will also take part at the Italian venue, which hosts an in-season test on Tuesday and Wednesday this week.

GP3 race-winner Kirchhofer will rejoin the Motopark Academy team as they compete in European-level F3 for the first? time since 2011. Kirchhofer raced with the German squad in his title-winning campaigns in ADAC Formel Masters and German F3 in 2012 and 2013. Although they are taking part in the test, team and driver will not race until Hockenheim due to clashing GP3 commitments in Sochi.

Also returning after nearly three full seasons out will be the French Signature outfit. They had been due to contest the full season with Renault engines but that programme collapsed after struggles in testing. The team will now make its comeback at Imola using Volkswagen power, together with F3 veteran Buller.

Chinese driver Cao will team up with the same Fortec squad with which he won the British F3 title this year, while New Zealander Cassidy will drive a third T-Sport car – as announced last month.

Pohler will make his debut with the same West-Tec team with which he competes in Euroformula Open, most likely replacing Andy Chang who was expected to miss the Imola weekend due to a clashing kart event.

16-year-old Camara will join EuroInternational in place of Santino Ferrucci, who has switched to Fortec. Camara has contested three weekends of F3 in his native Brazil this year.