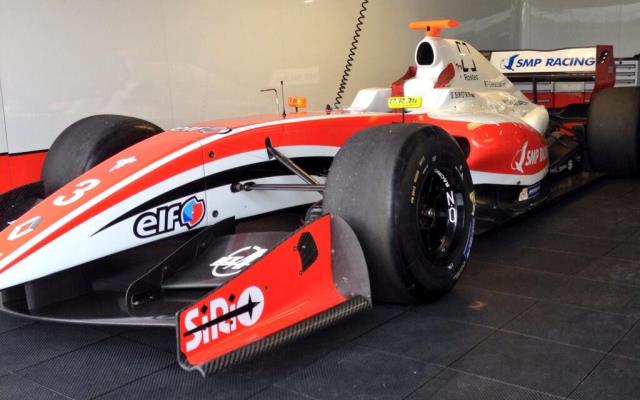 Sergey Sirotkin set the fastest time during a morning session of the third and final day of Formula Renault 3.5 testing at Motorland Aragon that was affected by rain.

The Fortec driver managed a time of 1m38.828s before the wet conditions set in, with times slowing to well over the 2 minute-mark afterwards.

Sirotkin’s fellow Russian Nikolay Martsenko was second quickest for Comtec, 0.362s off the time of his compatriot.

Zoel Amberg was third for AVF ahead of Arden’s Pierre Gasly and Wednesday pace-setter Carlos Sainz, who triggered a red flag in his DAMS car late on.

Pietro Fantin was sixth – the Draco driver’s worst result from the five sessions so far this week. Matias Laine was seventh for Strakka ahead of DAMS driver Norman Nato and the Lotus pairing of Marlon Stockinger and Matthieu Vaxiviere.

Diego Borrelli to race in BRDC F4 with SWR