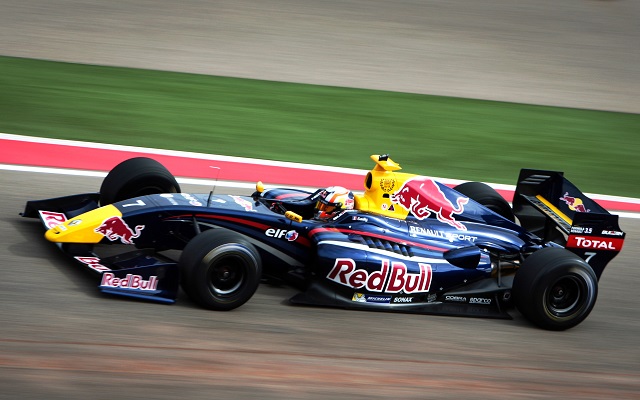 Pierre Gasly rounded off his promising performance in the Formula Renault 3.5 pre-season test at Motorland Aragon with the fastest time in the final session after a last-minute fight for top spot.

The final afternoon began with a wet track, but times improved rapidly as the circuit dried during the session. Morning pace-setter Sergey Sirotkin sat in first place with a few minutes, but having already returned to the pits, he was shuffled down to fifth place after the chequered flag.

Gasly – who sat out much of the damp early running – improved with his final effort to post a 1m39.013s and finish up on top. Pietro Fantin also improved on his last lap, but the Draco driver finished 0.033s slower than Arden man Gasly. The Brazilian did however keep up his record of finishing all six sessions this week inside the top six.

Late flyers from Nigel Melker and Will Stevens brought the regular 2013 podium finishers up into third and fourth with Tech 1 and Strakka respectively.

Oliver Rowland was just 0.002s slower than his Fortec team-mate Sirotkin in sixth place, ahead of the second Draco and Arden cars of Luca Ghiotto and William Buller. The top ten was completed by Wednesday leader Carlos Sainz (DAMS) and Lotus driver Matthieu Vaxiviere.

The second and final pre-season test takes place at Jerez on 24-26 March.

The class of 2014: The drivers set to shine this year