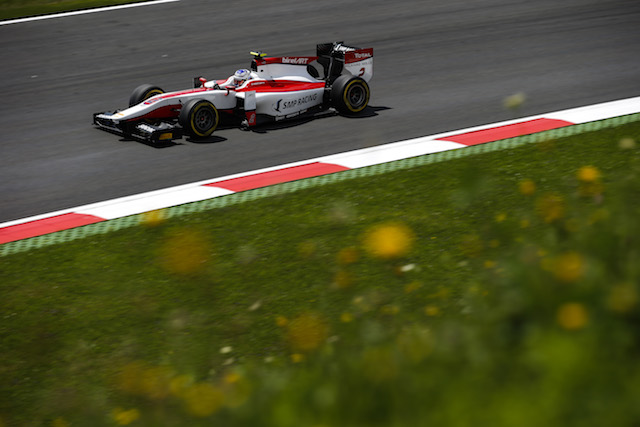 It was?Pierre Gasly who led much of the session after going quicker than Sirotkin on the opening runs, and the Red Bull Junior managed to improve his benchmark with the first effort on his final run.

However, he was almost immediately knocked off provisional pole by Sirotkin, and his own Prema team-mate Giovinazzi then snatched second, missing out on top spot by only 0.006s.

Sirotkin was unable to make any further improvements and so was Gasly after he was blocked through the final turns by?Nicholas Latifi.

Giovinazzi meanwhile was up on Sirotkin’s time, but running wide over the kerb at the final corner was enough to stop the Italian rookie taking a second straight pole.

His compatriot and fellow newcomer?Luca Ghiotto took fourth at the circuit at which his GP3 title bid took off last year.

He edged the Russian Time duo of?Artem Markelov and?Raffaele Marciello – currently first and third in the standings – down to the third row of the grid.