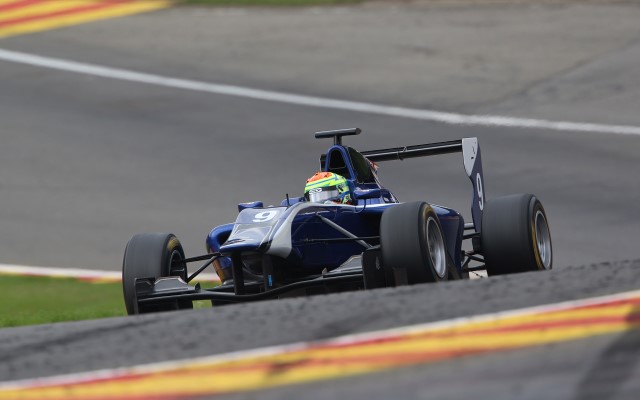 Alexander Sims claimed victory in his first weekend racing for Carlin in the second GP3 race at Spa, after Melville McKee took Tio Ellinas out of the lead at the first corner.

Making amends after he stalled in race one, Ellinas got away well from pole position to hold onto the lead on the run down to La Source. After making a poorer start, McKee locked up and crashed into Ellinas, forcing both wide and giving the Cypriot terminal damage.

Sims nipped into the lead and was able to open up a gap as McKee held up Conor Daly and Facu Regalia behind him. McKee was handed a deserved drive-through before he eventually retired. That released Daly and Regalia but Sims kept up his pace and claimed an 8.3 second win.

With Ellinas not scoring, Regalia now holds a 14 point lead over Daly, who is six points ahead of Ellinas with two weekends remaining in Monza and Abu Dhabi.