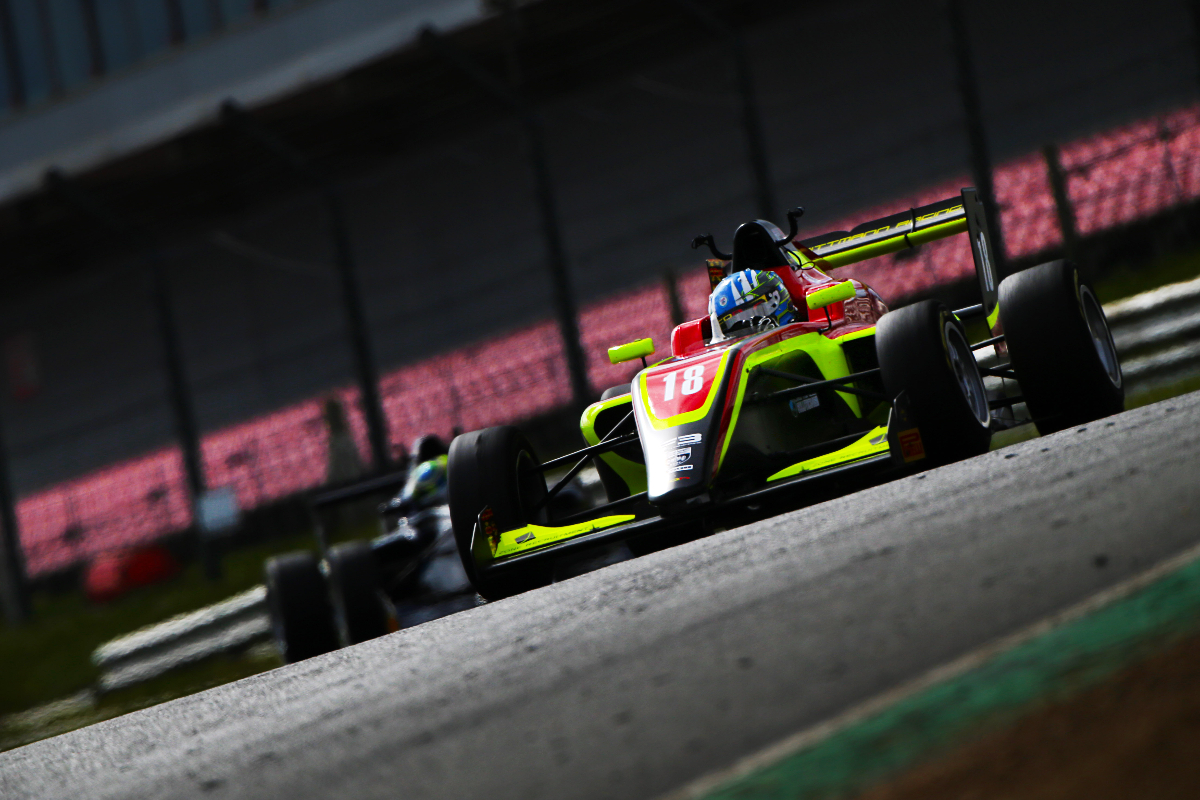 Ayrton Simmons felt the penalty for his spectacular race two-ending crash during the BRDC British Formula 3 season opener at Brands Hatch was “harsh”, describing the incident as “very unfortunate”.

The Chris Dittmann Racing driver was awarded a five-place grid penalty for the next round and handed three points on his licence for a lap one collision with Hitech GP’s Bart Horsten that sent both into retirement while they contested the lead .

Tipped by many as a title favourite coming into the season, Simmons’ weekend started strongly as he set a Grand Prix layout track record in qualifying – and duly converting the first of two poles earned from that into a sixth win in the series.

Reflecting on the weekend on Instagram, Simmons said: “Firstly a huge apology to the team for the crash, they worked extremely hard to get me on pole.

“The crash itself was very unfortunate to be completely honest, damp conditions and two into one there doesn’t usually work out well, if we had touched in any other angle we would’ve both been fine and carried on with our races.”

A challenge from the fast-starting Horsten in race two left Simmons having to defend his lead at Druids. Simmons drifted slightly wide through the corner before being launched onto his rival’s rear wing after the pair touched wheels. He was then carried along the track for several metres, before his race ended in the barriers, with Horsten also forced out with damage.

“It’s a shame that the stewards decided to give me a harsh penalty giving me a five-place grid drop for Silverstone, three points on my license and three points deducted off my championship, but me and Bart were okay which is the main thing. It is days like these that make us push even harder. Overall it was an amazing weekend with even more potential.”

Formula Scout understands that Simmons has not actually been deducted any championship points, and he lies sixth in the standings after the first round. His double pole meant he had to start from last for the fully reversed grid race three and struggled to make up ground – eventually finishing 13th.

Zak O’Sullivan, who benefitted from Simmons and Horsten’s incident to win race two, leads the way for Carlin.