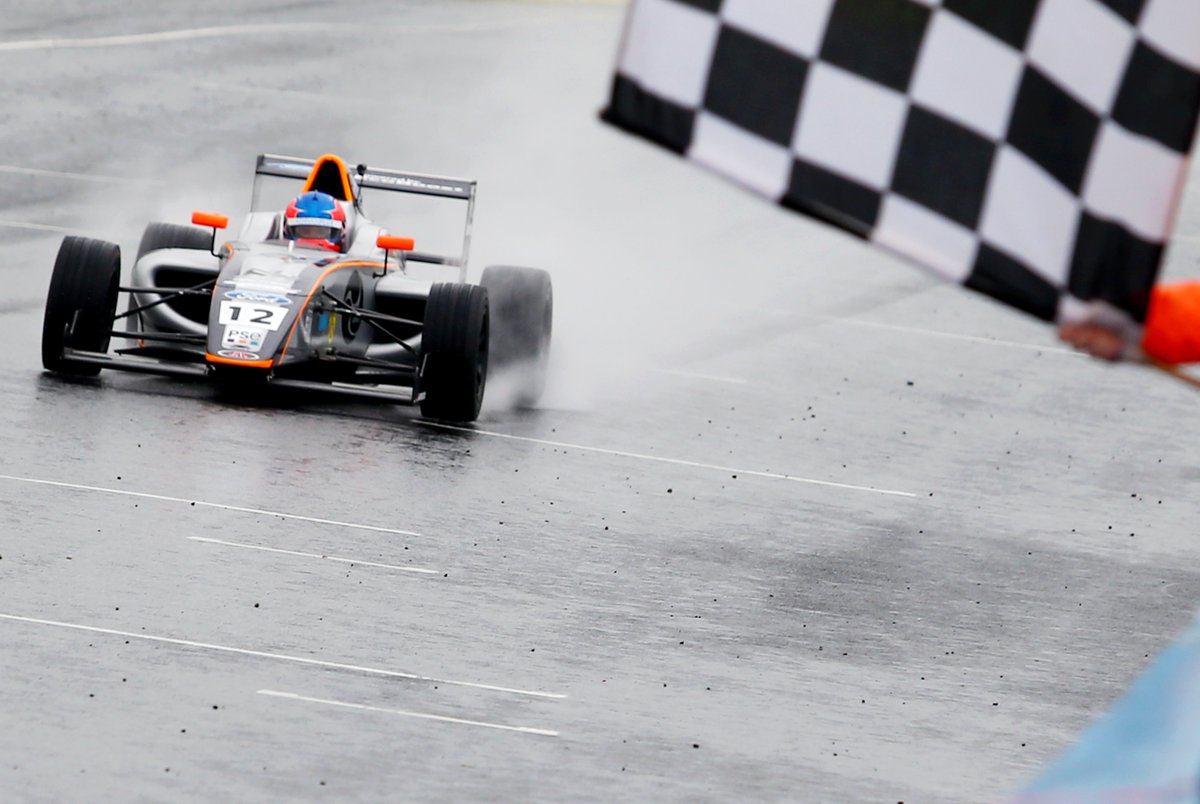 Ayrton Simmons closed up on British Formula 4 leader Kiern Jewiss with a strong Sunday at a wet Knockhill, winning the reversed-grid race before overcoming contact with his rival to make the podium in the finale.

After finishing sixth in race one, Simmons started from pole position in race two and went unchallenged in the tricky conditions, finishing five seconds clear as he credited his JHR Developments team for giving him “the best car I?ve ever had in the wet”.

Seb Priaulx started and finished second despite suffering with a steaming-up visor, with his Arden team-mate Patrik Pasma completing the podium after Jewiss ran wide.

Jack Doohan then challenged Jewiss but made contact that sent the Australian into a spin.

Jewiss finished fourth under pressure from the other Red Bull Junior Dennis Hauger, who recovered from being hit by race one winner Johnathan Hoggard at the hairpin on the first lap.

While Hauger pitted under safety car for a new front wing, Hoggard had to retire with broken suspension, but he rebounded to take his second win of the weekend in race three.

Hoggard struggled to build a gap over Pasma in the early stages, but pulled away after a second safety car period as the Fortec Motorsports driver clinched his fifth win of the year.

There was contact between Jewiss and Simmons when the former went to cover a good exit from the latter onto the pit straight, but when Jewiss got sideways over the kerb exiting the chicane, it allowed both Simmons and Hauger to get past.

Simmons had a very similar moment in the same place later in the race but managed to keep hold of third in front of Hauger and Jewiss, reducing his deficit to Jewiss to 31 points with two events to go.

Hauger had a trip through the gravel on the first lap of the race after his team-mates Doohan and Priaulx came together in front him and were both sent spinning, with Simmons able to pass all three to gain fourth.

Priaulx got his car grounded on the side of the track as he attempted to recover, causing him to lose a lap, while Doohan recovered to sixth.