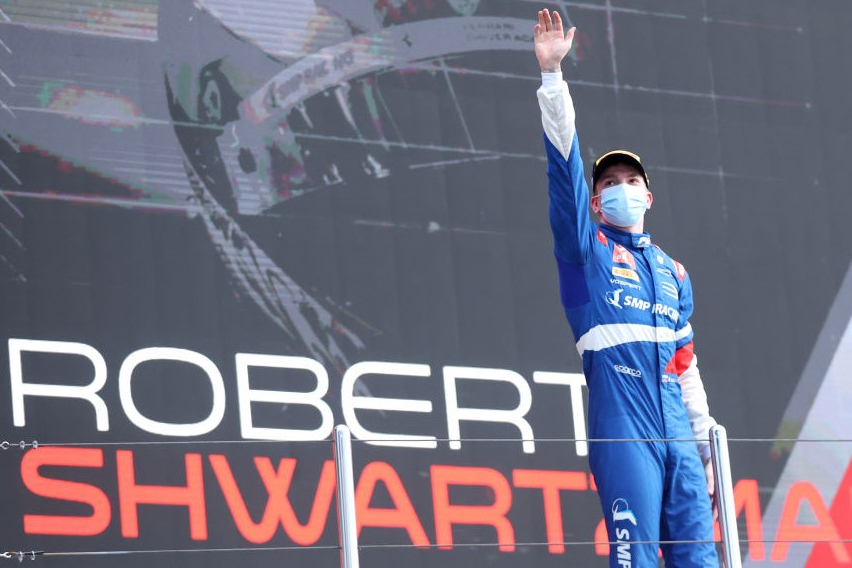 Ferrari junior Robert Shwartzman will take part in the Formula 1 young driver test in Abu Dhabi next month with the Haas team.

Shwartzman is fighting Prema team-mate Oscar Piastri for the Formula 2 title coming into the final races of the season in the Middle East.

The Russian made his official F1 test debut in Abu Dhabi last year with Ferrari, and has also driven the Scuderia’s 2018 car on several occasions in private running at Fiorano.

“First of all I would like to thank Haas F1 Team, Scuderia Ferrari and the Ferrari Driver Academy for this great opportunity,” Shwartzman said.

“This will be my first test with Haas F1 Team and I am really looking forward to getting to know a new team environment and also to learn as much as possible from them.

“Having the chance to drive for another F1 team is just incredible and I can’t wait to work with everyone.”

Haas has fielded an all-rookie line-up in F1 this season with Ferrari protege and Shwartzman’s 2020 F2 team-mate Mick Schumacher joined by Nikita Mazepin.

While still in contention to win the title, Shwartzman’s second campaign in F2 has so far underdelivered, with his two victories having come in sprint races. In September, prior to the Sochi round, he admitted to Formula Scout he lacked the results to generate interest from F1 teams for a 2022 race seat and is not expected to return to F2 for a third season next year.

“He’s obviously highly rated by Ferrari – having been part of their driver program since the end of 2017.

“His ability is clearly in evidence when you look at his performances over the last few seasons – most notably his rookie campaign in F2 last year – competing against the likes of our own two drivers. We are pleased to be able to give Robert an outing in a F1 car and we look forward to working with him in Abu Dhabi.”

Edit: On December 8, it was announced Shwartzman will also drive for Ferrari in F1 post-season testing and thefore could do up to two days of running at Yas Marina Circuit in 2021 machinery.

The Ferrari SF21 he will drive will also be piloted by Ferrari’s lead simulator driver Antonio Fuoco on one day of the test.

“I am extremely happy to do another test with Scuderia Ferrari,” said Shwartzman. “It’s an honour to be able to drive this F1 car but also a big responsibility and I am therefore extremely grateful for the trust Ferrari has put in me. I will certainly try to enjoy it as much as possible while aiming to do a good job of acquiring data for the team.”