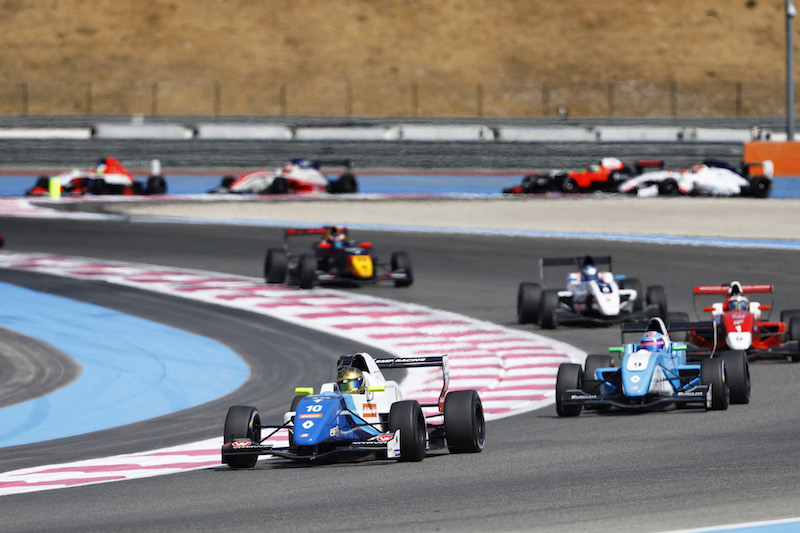 Robert Shwartzman has been stripped of his victory in the first Formula Renault Eurocup race at Paul Ricard after the last-lap clash that flipped rival Sacha Fenestraz upside down, allowing Max Defourny to end his win drought.

Shwartzman lunged inside leader Fenestraz in the Mistral chicane, with his front-left wheel making contact with Fenestraz’s rear-right, launching the championship leader upside down in the run-off.

R-ace GP driver Shwartzman took the chequered flag in first, which would have reduced his deficit to Fenestraz from 27 points to just two, but he was later handed a 25-second penalty for his part in the collision, relegating him to 23rd as the last driver running at the end.

Defourny inherits his first Eurocup win since the opening race of 2016 at Aragon, while Yifei Ye upgrades to his best-ever finish of second and Will Palmer completes the podium.

That means Palmer moves to within 14 points of Fenestraz when he had been set to lose further ground in the title race prior to the clash.

Shwartzman has qualified on pole position for race two with Fenestraz alongside him on the front row.