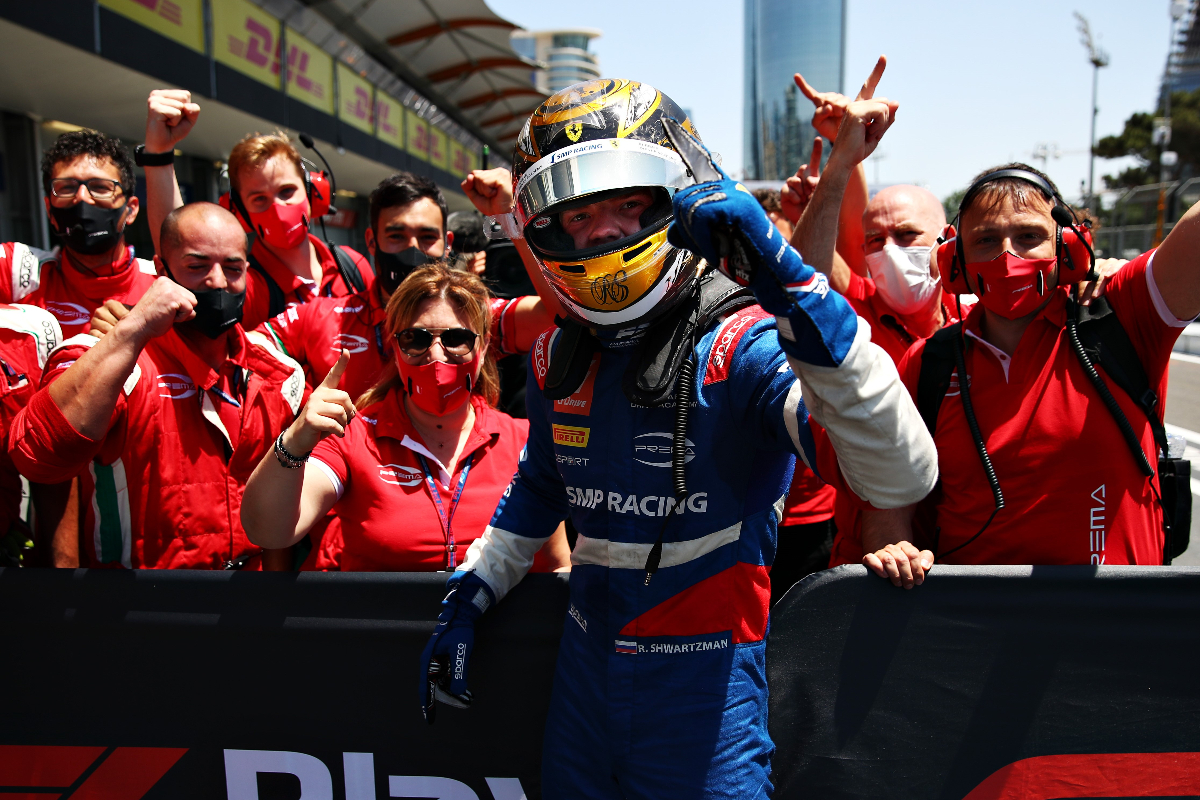 Prema’s Robert Shwartzman believed winning the first Formula 2 race of the weekend in Baku was important for his confidence, after questioning himself earlier in the year.

The Ferrari junior was considered one of the title favourites pre-season, and was the highest placed of the returning drivers from 2020. But bad luck and incidents meant he hadn’t made the podium and was sixth in the standings before Baku.

He put that to rights in the first Baku sprint race in Baku, winning convincingly from reversed grid pole. When asked by Formula Scout about his emotional response to victory, Shwartzman said he needed the result for motivation going forward.

“I am happy that finally we got a good result,” he said. “Because this season the first two rounds were quite unlucky and just not going as I wished. And I had that feeling that I needed that win or a good result to sort of kick off [a run].

“Because always when you get something unfortunate, you start to get in that hard vibe, where you start to feel like you’re losing a bit the confidence and you’re not entirely sure if we’re good or not.

“And when you get that good result, that brings back your motivation and just the self-confidence, and I was happy.

“And also [at] that time a bit, I wouldn’t call it angry, but it was something like ‘boys, we can actually do it, like we’re back’. We’re back on the good results, and we can actually continue working and be more competitive and competitive. So it was like a good motivation point for me.”

By winning the first sprint race from pole, Shwartzman is set to start the remaining two races of the weekend from 10th – the second sprint race of the day and the feature race. He feels that further podiums are on the cards on a circuit easy to overtake on.

“I feel like we have really good pace, and even though I’m going to start in both races P10, I think the race two is going to be a good practice to start from P10 for the main race.”

“I feel like if we’re going to do a good start, we can actually get some positions and we can also get a podium like Dan [Ticktum, who finished second] showed. He started P6 and he was P7, and he got back to P6 and he finished P2 with really strong pace.

“It’s Baku, anything can happen here. If you just do a good race pace, you can actually come back and after this race I feel like we have a really good pace and I will do my best to come back through the field and score some more good points.”