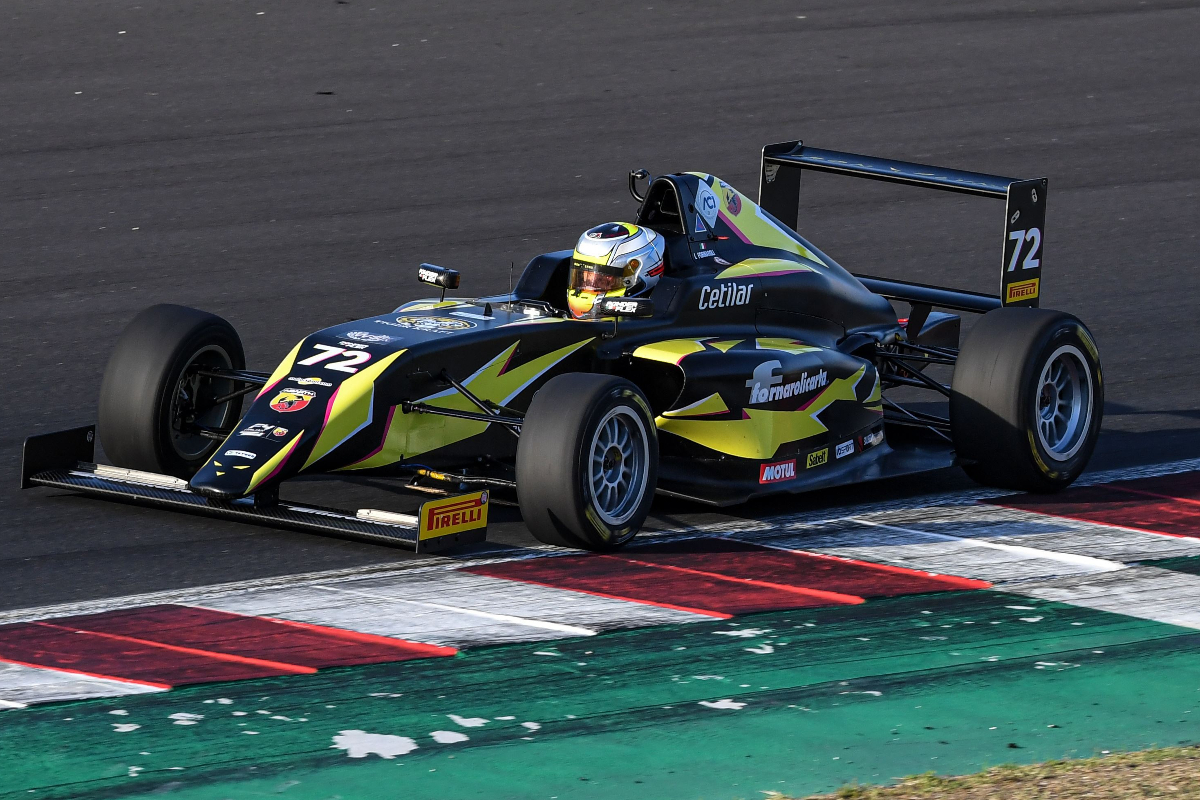 Carrying over a penalty from the previous round at Paul Ricard, top qualifier Kirill Smal lost pole to Iron Lynx driver Fornaroli, with Van Amersfoort Racing’s Ollie Bearman also being promoted to the front row.

Fornaroli made a good start, while second and third-placed starters Sebastian Montoya and Smal made terrible getaways.

Bearman was the aggressor on Fornaroli, keeping within a second of the leader for much of the 30-minute race. Fornaroli locked up a number of times but was able to keep in front.

He dropped back further on, allowing Fornaroli to secure his first victory in Italian F4, and his first podium of the season.

Al Qubaisi rounded out the podium, the first woman to do so in Italian F4, after sustaining race-long pressure from VAR’s Nikita Bedrin and later Mucke Motorsport’s Jonas Ried.

Smal was right behind Montoya for much of the race, until he came up to pass VAR’s Benice Valint when they were battling over seventh with just a few laps to go. The two made contact late in the race, taking the latter out and dropping Smal down the order.

Despite the car being in a slightly precarious position, the race was continued without a safety car until the end.

Bernier, Meguetounif, Smal and Leonardo Bizzotto provisionally round out the top 10.