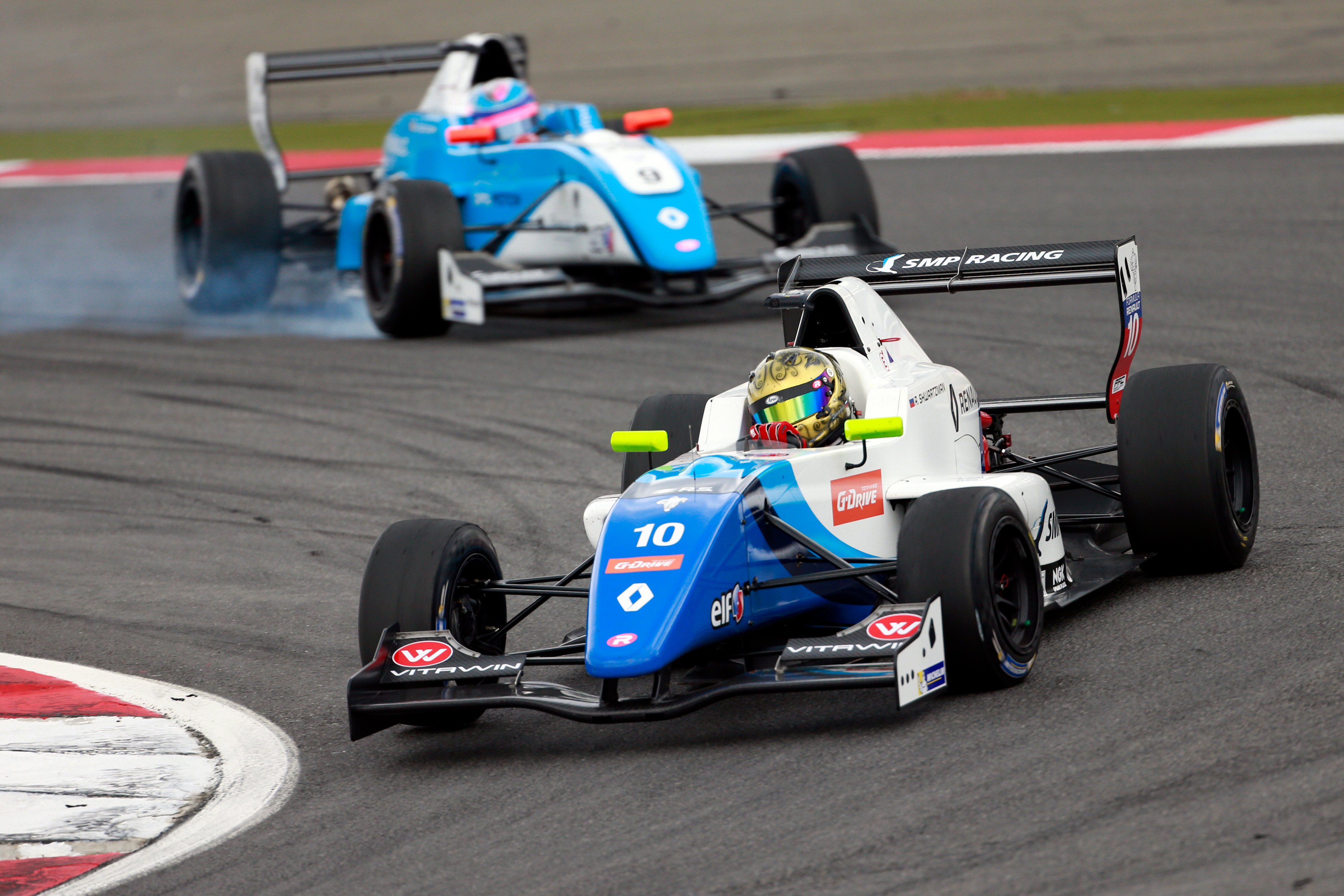 Robert Shwartzman moved back into the Formula Renault Eurocup points lead with a lights-to-flag win in the first race at the Nurburgring.

From pole, the Russian kept the lead at the start ahead of R-ace GP team-mate Max Defourny, but his advantage sat at only just over half a second through the first half of the race.

Within two laps in the middle of the race, Shwartzman moved 1.4s clear, only for Defourny to respond with the race’s fastest lap before bringing the gap back down to 0.6s by the end.

Sacha Fenestraz completed the podium thanks to a superb overtake on Dan Ticktum around the outside of Turn 11 on the opening lap.

Ticktum then came under pressure from fellow Briton Max Fewtrell, with the pair going side-by-side into the NGK chicane and Ticktum cutting the chicane on the exit.

Fewtrell meanwhile lost momentum, and he was deprived of fifth by Henrique Chaves when they went into the first corner on the next lap.

Tech 1 driver Fewtrell got a run back on Chaves into the chicane in the final minutes but remained behind despite cutting the corner.

Yifei Ye took seventh with erstwhile championship leader Will Palmer forced to settle for eighth, having made up two places on the opening tour from his grid position of 10th.

Double Hungaroring winner Gabriel Aubry fell back a couple of places when he went wide at the first corner, going on to finish ninth with Zane Goddard 10th.