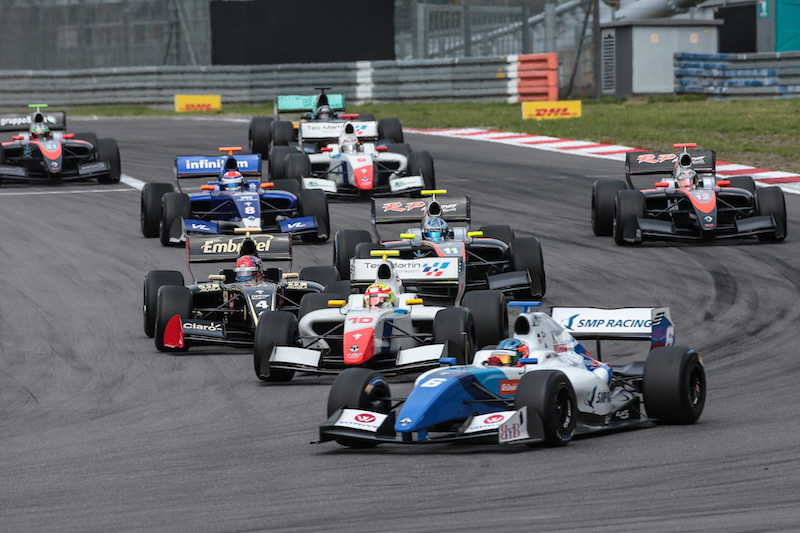 Starting third, Isaakyan flew between Palou and Fittipaldi off the line to take the race lead.

Fittipaldi initially took third behind another fast starter Alfonso Celis but, at the third corner, he was hit by Palou.

Both dropped back down the order, Fittipaldi ending up behind team-mate Rene Binder. Palou pitted for a new front wing and exited last.

Celis, who had started fourth, moved up to second but couldn’t keep up with Isaakyan. He finished more than six seconds behind the race winner, but 12 seconds ahead of third.

On the final lap, Nissany was just a tenth of a second behind, but ran deep into a corner and fell away. Orudzhev took third, 0.647s ahead of Nissany.

Yu Kanamaru took fifth after a race long battle to keep the Lotus duo begin him. Binder finished ahead of Fittipaldi, who remains at the top of the championship but with a lead of just four points.

Palou was 11th, but does get to start from pole again in race two after also setting the pace in the second qualifying session.