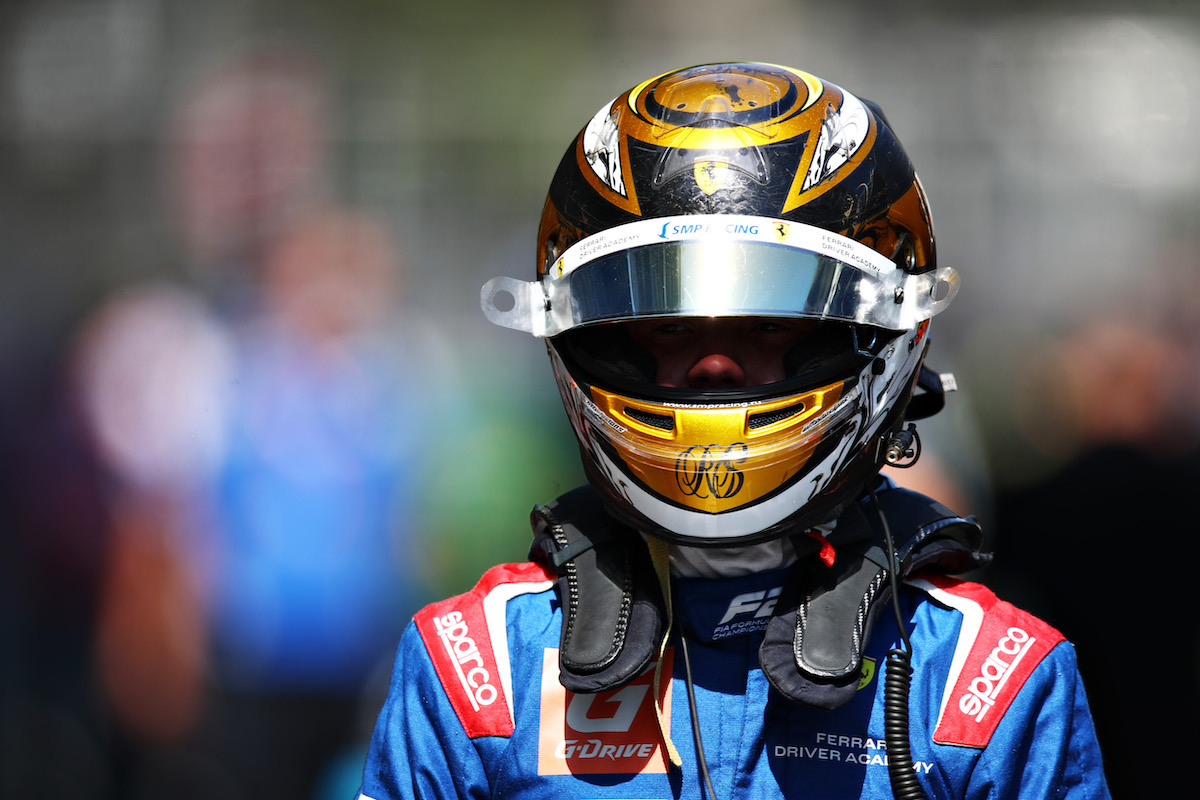 Prema’s Robert Shwartzman set the pace in Formula 2’s sole practice session in Jeddah after nearly an hour of delays.

Operational issues meant that the F2 drivers were held in pitlane through several delays, some which were labelled as indefinite, until 47 minutes after the scheduled start time the message was given that the session would indeed be taking place.

MP Motorsport’s debuting duo Clement Novalak and Jack Doohan were the first two out on track and to set flying laps, with DAMS’ Roy Nissany usurping them before Campos Racing’s Ralph Boschung and then Hitech GP’s Liam Lawson knocked tenths off the pace.

Boschung then returned to the top, and was the driver to beat when the first incident of the 45-minute session occurred a third of the way in as HWA Racelab’s debutant Logan Sargeant lost the rear of his car at the high-speed turn 22 and spun rear-first into the barriers.

While the rear-left looked fairly unscathed, the rest of the gearbox area was lodged in the barriers and prevented Sargeant from restarting.

Red flags were waved, and there was a break of eight minutes before cars returned to the track. The next driver in trouble was Hitech GP’s Juri Vips, who learned how dangerous it is to encounter a driver exiting the pits, running off track and then on dirty tyres spinning later in the lap.

It didn’t interrupt the session, but a minute later Alessio Deledda locked the rear brakes at turn one and his car slammed right into the barriers. The resultant axle damage led to him then spinning, and a virtual safety car period was triggered by race control while his car was recovered.

Laptimes finally started improving again in the final seven minutes, as Boschung improved several times to take the pace down into the 1m43s and then the 1m42s.

Carlin’s Dan Ticktum and Prema’s Robert Shwartzman had been among those disputing second place, but after the chequered flag was waved Shwartzman found clear track through the first two sectors and was able to better Boschung by 0.184 seconds.

That meant Ticktum, who was one of the first to push the limits, ended up in third place and a further 0.157s behind.