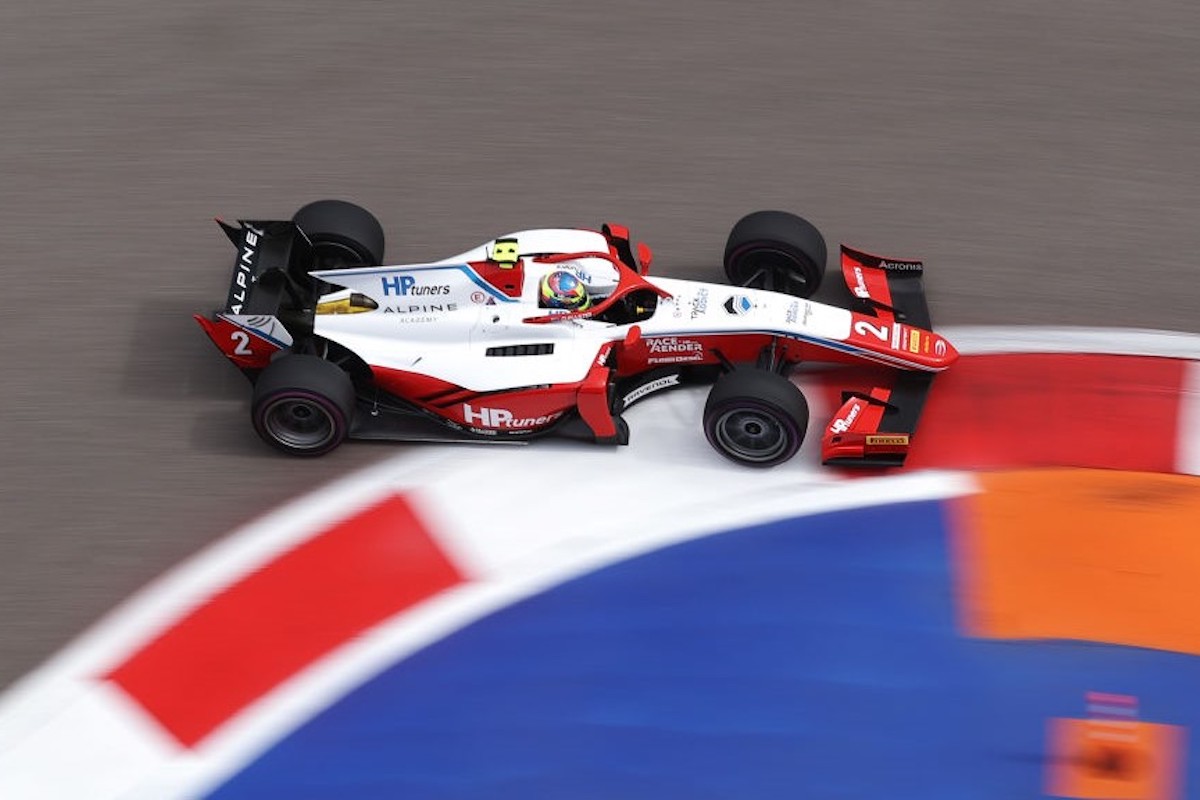 Shwartzman topped the times after the first competitive laps were set, with his team-mate Piastri sitting less than a tenth behind.

Behind them, Piastri stayed in third place after the opening runs, followed by ART GP’s Christian Lundgaard and Virtuosi Racing’s Felipe Drugovich.

With four minutes to go, Carlin’s Dan Ticktum reported a puncture in his right rear tyre and had to pit, which left him unable to improve his laptime.

The battle was on in the late stages of qualifying. Pourchaire went fastest just to be bettered by Piastri shortly after. Shwartzman was also improving, but a fastest overall sector two wasn’t enough to beat his team mate.

However, the Russian would still take a spot on the front row, as he was two tenths faster than Pourchaire.

Lundgaard will line up fourth for the main race on Sunday just ahead of both Virtuosi cars, Drugovich beating Guanyu Zhou to fifth. Liam Lawson rounded out the top 10 and therefore will start race one from pole position.

MP Motorsport’s Clement Novalak was the best among the weekend’s four debutants in 12th. Jack Doohan concluded the session in 16th two tenths off his team-mate. A bit further back were Campos’ Ollie Caldwell and HWA Racelab’s Logan Sargeant, who finished 19th and 21st respectively.