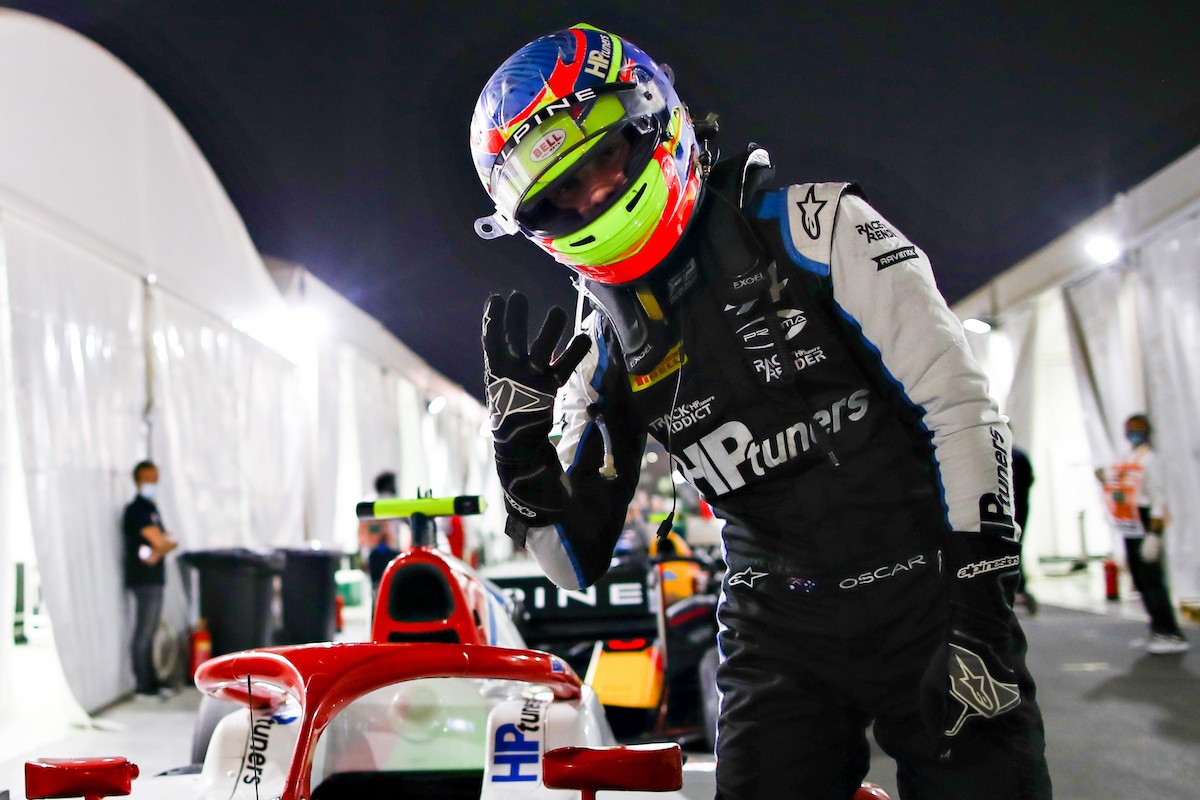 Oscar Piastri has explained how he took his fourth consecutive Formula 2 pole position of the season in Jeddah, and how the new circuit has evolved throughout Friday’s running.

Alpine junior Piastri overhauled Ferrari-backed Prema team-mate Robert Shwartzman to vault to the top of the times in the closing stages of the 30-minute, with ART Grand Prix’s Theo Pourchaire not far behind in third.

The 27-turn circuit caught out a handful of drivers during F2’s practice running, with HWA debutant Logan Sargeant and his team-mate Alessio Deledda among those who hit the barriers, but qualifying went without major incident.

Piastri explained in the post-qualifying press conference how his session played out.

“The last lap I was very happy with,” he said. “I think up until that point, I had made a few mistakes and the first push on that second set was very poor. But yeah, that last lap felt very good.

“I made a couple of little mistakes, but I think at a track like this, everybody’s going to be making at least a couple of mistakes during the lap, so yeah, it was a good lap and very happy to get a fourth pole.”

Piastri expanded on how the circuit’s nature makes it difficult to nail a laptime.

“Especially in sector one, it’s basically to me very similar to kind of Silverstone’s Maggotts and Becketts, but with concrete walls on each side.

“It’s very tricky through there and then even the rest of the corners, I think we’ve got two corners in second gear and then third or mostly fourth. For us, that’s pretty remarkable, and it’s [a] street circuit with unbelievably high speed.”

Despite the circuit itself being finished very late, with certain elements of the infrastructure still being incomplete, Piastri was surprised at how much grip was available, and how it wasn’t solely the reason behind the laptimes improving over the day.

“It did [improve] but I don’t think it was really much more than at a normal circuit, to be honest. I was quite surprised this morning even how much grip there was, it was already quite good.

“I think I’d attribute half of it to us learning the track more and growing more balls, and then the other half to the track getting better. It wasn’t a crazy track evolution like you might see at some other street circuit, I would say.”