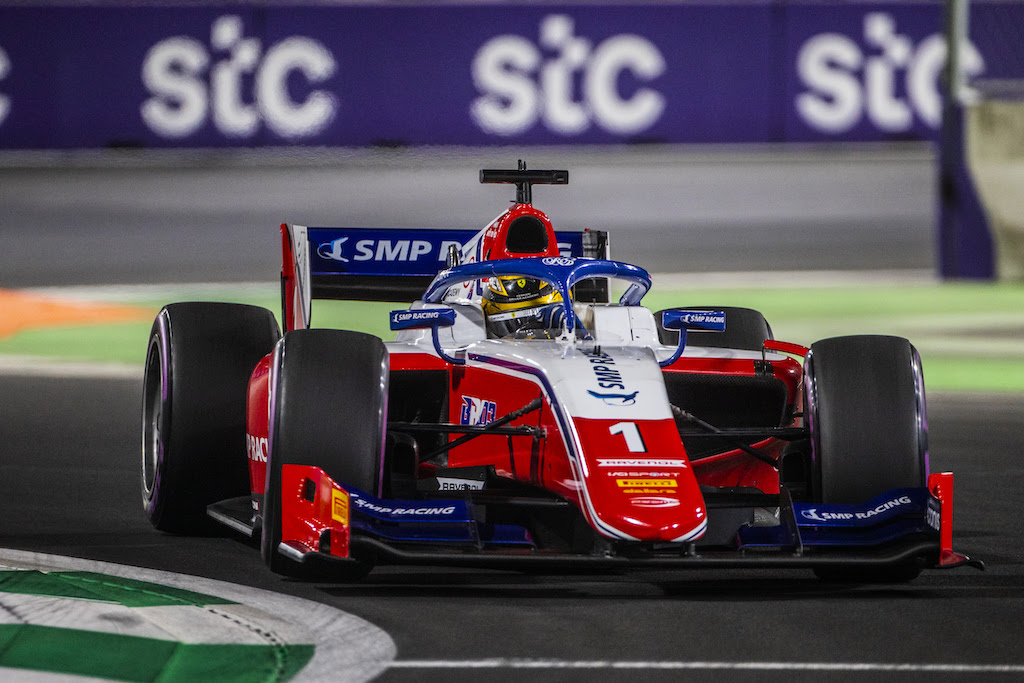 Robert Shwartzman was on course to top Formula 2 qualifying in Jeddah until the final corner of his session, with a “painful” mistake costing him a maiden pole in the series.

Prema team-mate Oscar Piastri was faster by 0.091 seconds through the twisty first sector as they both made their final flying laps, but Shwartzman had clawed that time back and more through the higher-speed sweeps of sector two.

He was a tenth up on Piastri’s pole lap going into the final corner, but the Ferrari junior – who had topped free practice – got oversteer at the apex of the final corner and his car drifted wide as he corrected it, costing him all the time he had gained to lap 0.165s slower.

“I was really happy with the car balance [from free practice] and then going to qualifying, I was pretty satisfied with what we had,” said Shwartzman, disappointed to match his best starting position for a third time after coming close to pole.

“It’s a bit sad. It’s good and sad at the same time because it’s P2, it’s still a good result, but I’m quite sad about what happened because the whole quali being the quickest car and then on the last lap basically doing that little tiny mistake in the last corner, that sort of fade into P2 instead of pole, it makes me a bit sad.”

It also meant four points went to Alpine junior Piastri, who now has a 40-point lead in the championship over Alfa Romeo-bound Guanyu Zhou and 47 points in hand over Ferrari junior Shwartzman in third place.

“When you’re pushing on the limit, everything can happen,” Shwartzman added.

“I think I just pushed a bit too much in the rears, and for the last corner I felt that the rears were pretty on the edge and I think I just broke too early. I could have braked later and push more into turn one. So I think I took it a bit too easy and I feel like I lost this one tenth that I needed to to take the pole.

“It’s a bit of a pity, because when you’re pushing at the limit, you expect to do a proper lap. And when you do this tiny little mistake at the end and it costs you pole position, it’s a bit painful I must admit. It’s something to learn [from].”