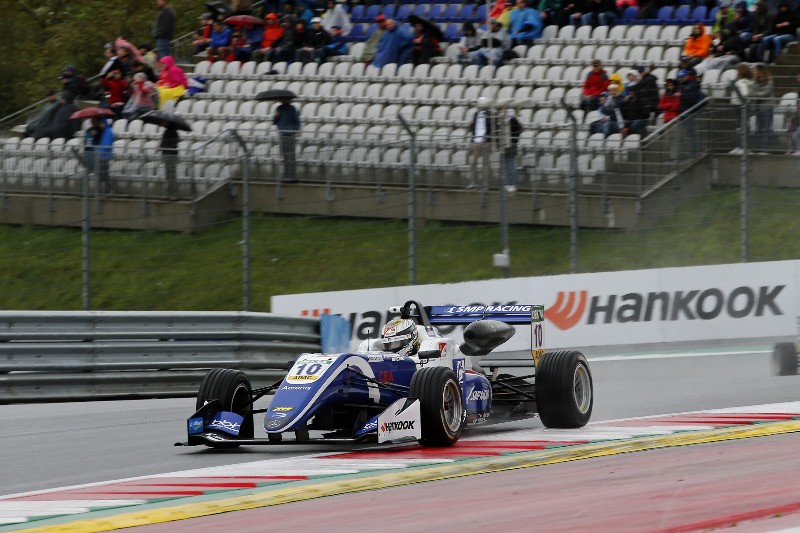 While Schumacher?s start from pole was by no means poor, team-mate Shwartzman was simply stronger off the line. The pair duelled early in the race, but Ferrari Driver Academy member Shwartzman came off best.

From then on, Schumacher pushed but was unable to force his team-mate into a mistake and finished second, 0.815 seconds behind after 25 laps. The result gives Prema the teams? title with three races to spare.

Prema?s Marcus Armstrong finished in fifth, after what was mainly a low-key race. It puts him on 260 points, meaning he can still win the title if he wins all three races, Ticktum scores only one point and Schumacher goes pointless at the Hockenheim season finale.

Carlin Ferdinand Habsburg and Jehan Daruvala and Prema’s Ralf Aron had a lengthy duel, and finished in sixth, seventh and eighth respectively.

Motopark?s Juri Vips salvaged ninth, after being pushed off into the gravel by countryman Aron on the opening lap. He passed Alex Palou, who finished 10th, late on. Guan Yu Zhou narrowly missed out on a points finish, while Enaam Ahmed had a trying race after a terrible start, ending up 16th.

Carlin?s Sacha Fenestraz pulled off the circuit towards the middle of the race, and was the only retiree of the race.