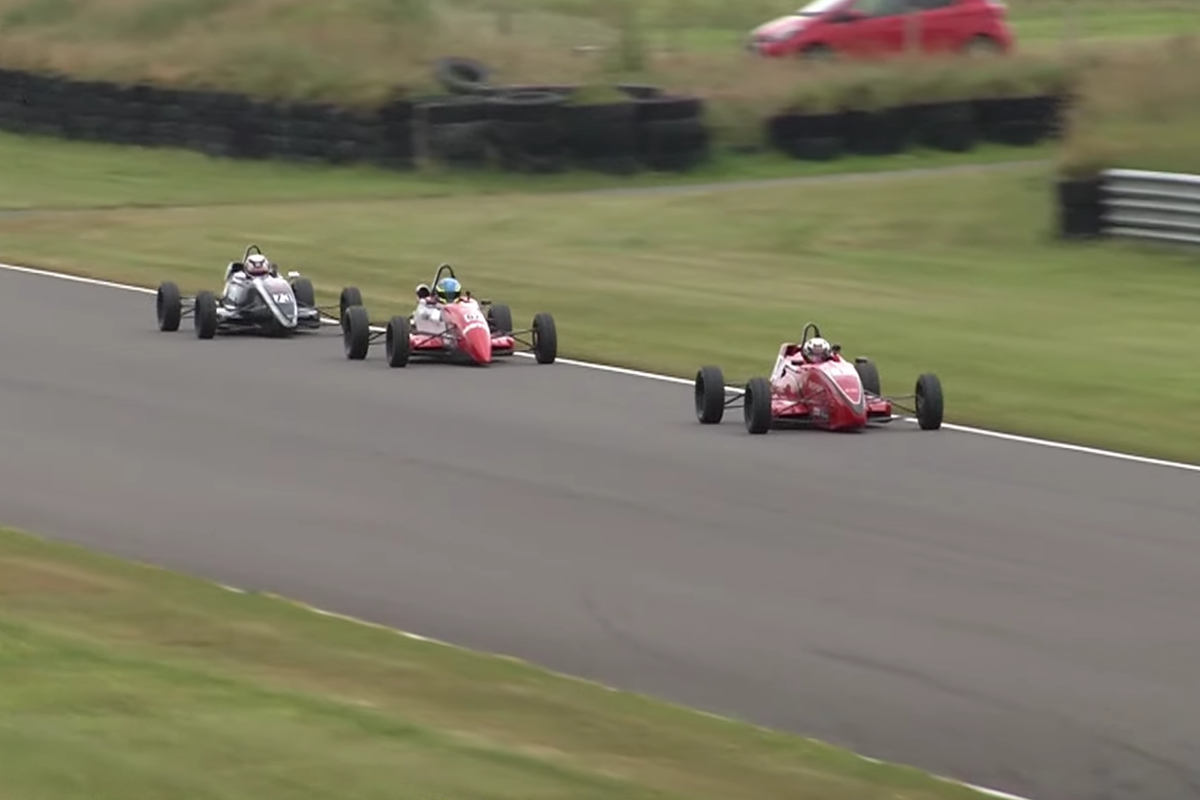 Following his triumph in Saturday’s opener, Oldfield Motorsport’s Lucas Romanek lined up on pole, but it was Sharp who made the better start to sweep around the outside into the lead before The Banking.

The safety car was deployed at the end of the first lap after Ammonite’s Brindley Kinch was involved in contact at Rocket and spun to a halt on the circuit with rear-left suspension damage.

Five additional minutes were added to the race duration, with the action resuming with eight minutes left on the clock.

Queen moved ahead of Romanek into second, and made a challenge for the lead into Rocket. Sharp remained in front, and then pulled out a one-second advantage as Romanek tried to wrestle back second from Queen, with Rashid joining the battle.

But the race was red-flagged with less than two minutes remaining after a scary incident in the Super Classic category, with Garath Buckingham’s Van Diemen coming to rest on top of Alaric Gordon’s car. Buckingham managed to lift his car to enable Gordon, initially trapped underneath, to climb out – both drivers appearing to be unscathed.

Queen finished second ahead of Romanek and Rashid, with McCaughan spending the whole race in fifth.

Team Dolan’s Ben Cochran was sixth, ahead of Kevin Mills Racing’s Josh le Roux. After his spin in race one Jordan Dempsey made up three-places to eighth for KMR, but conceded further ground to Queen in the championship.

Murray Shepherd was ninth for Andy Powell Racing ahead of Ammonite’s Andre Lafond, who recovered from his race one retirement to take 10th. Dolan’s Morgan Quinn was 11th ahead of KMR’s Alex Vos.