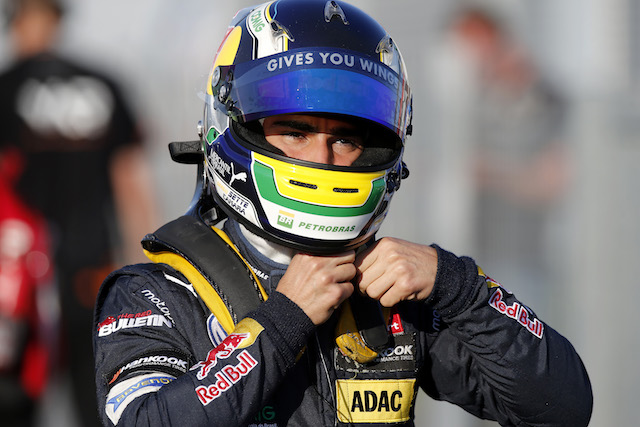 Sergio Sette Camara?has been announced in a GP2 move with MP Motorsport for 2017, one week after his starring run to the podium at the Macau Grand Prix.

Next year will only be the 18-year-old Brazilian’s third full season in car racing, after a two-year stint in the FIA Formula 3 European Championship with Motopark, scoring four podiums but no wins in that time.

Sette Camara has raced as part of the?Red Bull Junior Team this year, but it remains to be seen whether he will retain this status for his GP2 move, which appears to have been secured by his other sponsors including Petrobras.

“It is a big step in relation to F3 on a platform where I can learn a lot, I can’t wait to sit in the car and start to push,” said Sette Camara.

?In addition to acquiring knowledge I believe I can show some kind of result next year.

“MP Motorsport is a truly great team, racing for many years, and I believe this whole experience will assist me in the quest for mileage and the results I expect. I am grateful for the opportunity to compete with the team and I hope soon I can get closer to my trajectory towards F1.?

Team boss Sander Dorsman said: ?Sergio is an outstanding young talent, he delivered some great performances in Formula 3 this year and his recent podium at the Macau Grand Prix, on one of the world’s most challenging street circuits, was sensational.

“He?s undoubtedly one of the hottest prospects coming into GP2 next year, incredibly quick, and everyone at MP Motorsport is very pleased to be working with him.

“To have the deal completed so early, ahead of the post-season test next week, is perfect for all of us and gives everyone the best possible chance to prepare as strongly as we can for Sergio?s GP2 race debut in 2017.?