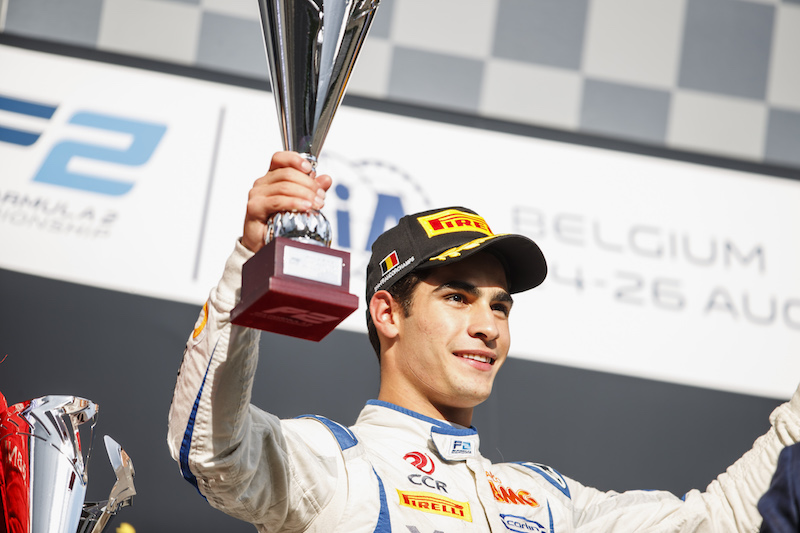 Formula 2 ace Sergio Sette Camara has joined the McLaren Formula 1 team as test and development driver ahead of 2019.

Sette Camara will support and effectively replace his Carlin F2 team-mate Lando Norris when the Briton steps up to a race seat with the team next year.

The 20-year-old Brazilian is currently sixth in the F2 standings after scoring eight podiums and a pole position so far.

?It?s my dream to one day become a Formula 1 driver, and I?d like to thank McLaren for giving me this incredible opportunity,” said Sette Camara.

“My aim is to integrate myself in the team and work as closely with them as possible; to listen, learn and help to develop as a driver, as well as support McLaren.?

Sette Camara is in his second season in F2, and became the youngest race-winner in F1’s main feeder series since Fernando Alonso when he won the Spa sprint race in 2017 – a record surpassed when Norris beat him to win the opening race of this season in Bahrain.

He previously spent two full seasons in European Formula 3 – the latter as a Red Bull Junior who tested for Toro Rosso – and led the Macau Grand Prix in both 2016 and 2017.

His deal to join McLaren, announced prior to this week’s Brazilian Grand Prix, has been linked by media reports to the team’s sponsorship deal with Petrobras, who will supply fuel from next year.

“We?ve been following his progress for some time and believe he is a promising young talent with a real potential. We?re looking forward to working with him to develop his skills as a well-rounded driver, while having him support our racing operations.?

Sette Camara is not currently on course to qualify for a superlicence in time for next season, meaning McLaren will have to appoint another driver to replace Norris as the team’s reserve.