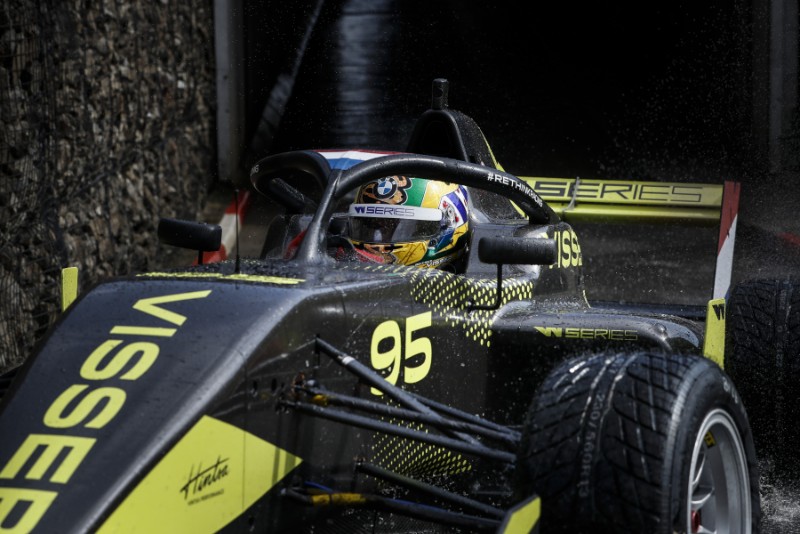 Beitske Visser has revealed a sensor issue was the reason behind her spending much of the first W Series free practice session at Brands Hatch in the pits.

The Dutch driver only completed seven laps of Brands Hatch’s Grand Prix layout, when it was at its wettest, before having to pit with a problem. It confined her to the pits for the remainder of the session, resulting in ending up last on the timesheet.

It was initially thought that she had suffered an electrical issue, an ailment Miki Koyama’s car was also believed to have suffered, but Visser revealed to Formula Scout that was not the case.

Visser had a much better time in second practice, finishing seventh fastest with a time of 1m24.982s, but felt there was more room for improvement given she had been unable to learn the track properly in a single-seater earlier in the day.

“Obviously I didn?t really run in FP1 so I still had to learn the track?in FP2 and we only did a few laps and then there was red flags so for me, I feel like it is very easy for me to still improve with every lap I do,” added the 24-year-old.

“I will just try to improve as much as possible by watching data and video and hopefully we will be up there tomorrow.”

Visser is one of two drivers in contention for the W Series title in tomorrow’s season finale, although she will have to finish on the podium and for championship leader Jamie Chadwick to score little or no points to take the overall triumph.