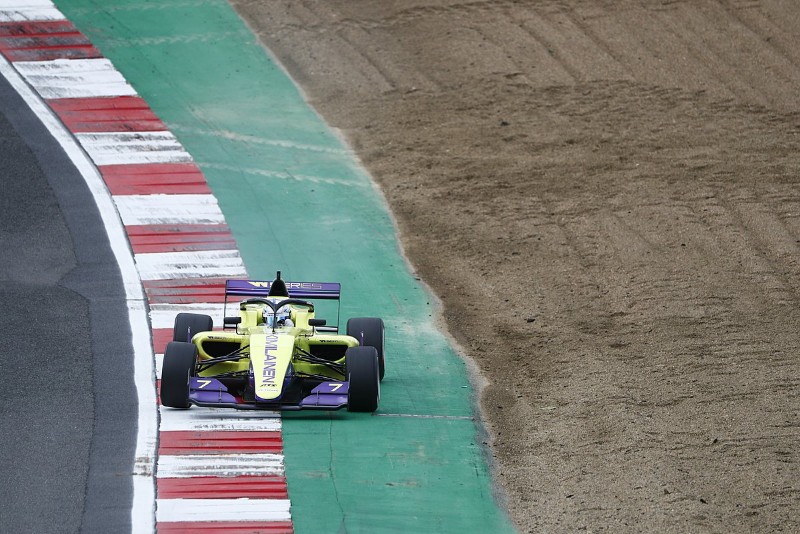 In dry conditions, Kimilainen went straight to the top of the leaderboard and stayed there for the majority of the session, ending with a best time of 1m23.365s.

Miki Koyama, whose opening session was halted by a technical issue, and Jessica Hawkins completed the top five.

Fabienne Wohlwend ended up sixth, although she went off the track at Paddock Hill Bend with five minutes remaining and caused a red flag.

Beitske Visser recovered from a difficult first session, also hit by a technical issue, and set a best time of 1m24.982s to go seventh.

American driver Sabre Cook caused the first red flag halfway through the session after losing the rear of her car going into the Clark Curve. She ended up spinning and got beached in the gravel trap.