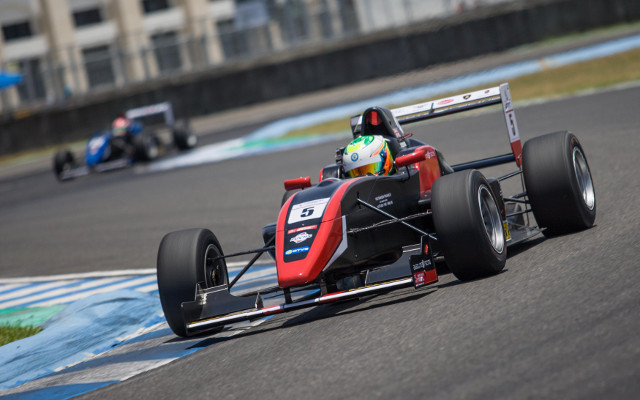 Fielding was a race winner in BRDC F4 and Italian F4 last year and has won at the previous two MSA Formula rounds at Oulton Park and Croft.

He is making his debut at the Penbay International Circuit in Taiwan for Absolute, which is a successful team in the Audi R8 LMS Cup, Porsche Carrera Cup Asia and GT Asia series, where it runs the Bentley Continental GT3.

?This is a great opportunity to come out to this side of the world,” said Fielding.

“I?ve been out in the car already ? it?s fantastic. This series is extremely good and I?m just really excited to be here.”

“The Absolute Racing strategy is to develop young drivers through our teams in Asia and beyond,” said team director?Ingo Matter.

“Formula Masters China Series is the best single seater series in Asia, and will enable us to nurture young talent to progress within the team.

“For our series debut, our drivers – Briton Sennan Fielding, who has considerable European experience, and China?s Sun Zheng, who is a successful Asian driver – will work with the team to ensure the Absolute Racing performance is flawless ahead of our first full FMCS season in 2016.”

Dominic Lyncker of the Volkswagen Group in China commented: ?FMCS attracts the region?s brightest young talents, and it is important we also have the best teams. The addition of Absolute Racing to our line-up of experienced and professional teams further strengthens the series.?