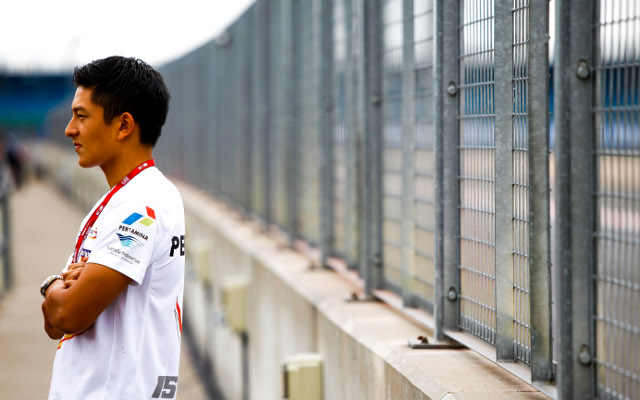 Rio Haryanto set the pace in the GP2 practice session at Silverstone, beating Alex Lynn by just three thousandths of a second.

Indonesian driver Haryanto took top spot away from championship leader Stoffel Vandoorne, who ended up third, 0.067s off the pace.

Nick Yelloly made it two Britons in the top four on home soil by taking fourth, two tenths adrift.

Early session leader Alexander Rossi finished up fifth ahead of Haryanto’s Campos team-mate Arthur Pic, who is driving a new chassis this weekend in an attempt to improve upon a relatively quiet season so far.

His fellow Frenchman Pierre Gasly was seventh followed by Raffaele Marciello, fresh from another Formula 1 practice outing with Sauber.

Yelloly stopped at Copse after the chequered flag, as did Formula Renault 3.5 points leader Oliver Rowland at Abbey after he finished up 17th in his first ever run in a GP2 car.

Veterans Johnny Cecotto and Sergio Canamasas were 12th and 16th in their first sessions replacing Marco Sorensen and Zoel Amberg at Carlin and Lazarus respectively.

Jon Lancaster – the last of a five-strong British contingent for this weekend – was 25th on his return to Hilmer alongside Yelloly.