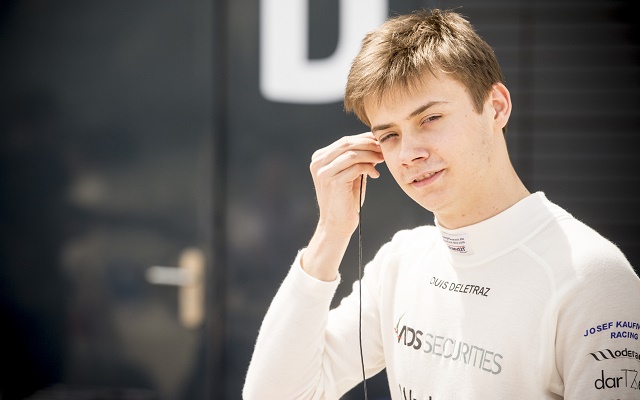 Formula Renault 2.0 form man Louis Deletraz will partner with Comtec for the fifth round of the FR3.5 season at Spielberg.

Deleraz, who currently heads the standings in both Eurocup FR2.0 and FR2.0 NEC, posted a sixth-place result when taking part in Renault 3.5’s post-season test at Aragon while running for Zeta Corse.

But while Comtec are set to return after skipping the first half of 2015 in its entirety, Zeta’s planned comeback has seemingly fallen through.

“We are really pleased to be joining the championship again after so long, especially with someone like Louis,” said team boss Phil Blow. “He has proved this season so far that he is one of the most promising young prospects in Europe at the moment.”

“I’m really excited by this new challenge with Comtec Racing,” Deletraz said. “My main target is to learn for the future. I know it’s really difficult to join a championship at mid-season as I’m a total newcomer, but I will give it all to achieve the best possible result.”

The 18-year-old’s recent outing at Spielberg in a FR2.0 car yielded three NEC podiums, including one win among them.