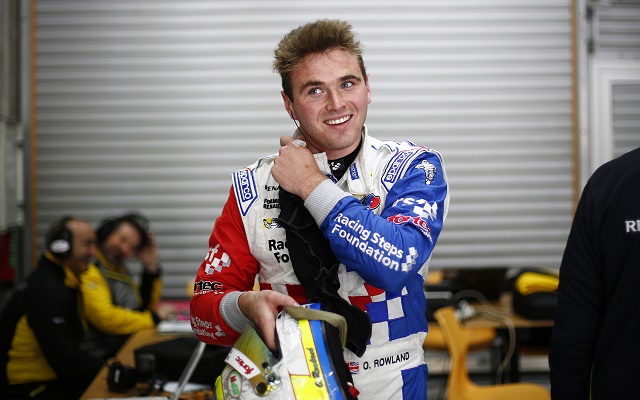 Briton Oliver Rowland will join the ranks of the GP2 series at Silverstone, driving for MP Motorsport.

“It’s a fantastic opportunity for me to race in front of my home crowd,” said Rowland.

“I can’t thank MP Motorsport and the RSF enough for setting this up for me. I raced with the team in the Formula Renault 2.0 Eurocup championship in 2013 and built up a really strong relationship with them.

“Regrettably after all the hard work we put in, we missed out on the title that year by 16 points. So it would be good if I could repay them and the RSF for the belief that they continue to show in me with a strong result this weekend.”

MP Motorsport’s Tony Shaw added: “As a team we rate Oliver highly. So we are really looking forward to having him in our car this weekend.

At MP, Rowland will partner Daniel de Jong, who was the team’s sole entrant for the previous round at Spielberg as second driver Sergio Canamasas was sidelined at the last second.

Dutch squad MP currently sit ninth in the teams’ standings, their one podium of the season coming courtesy of Canamasas at Monte Carlo.

Rowland won’t be the only new addition to the 2015 GP2 grid at Silverstone, with compatriot and European Le Mans Series regular Jon Lancaster replacing Simon Trummer at Hilmer.

Lancaster raced with Hilmer on-and-off through the last two seasons and delivered two of the team’s four wins in GP2. One of Lancaster’s GP2 wins came at Silverstone, as did his season-opening ELMS triumph earlier this year.