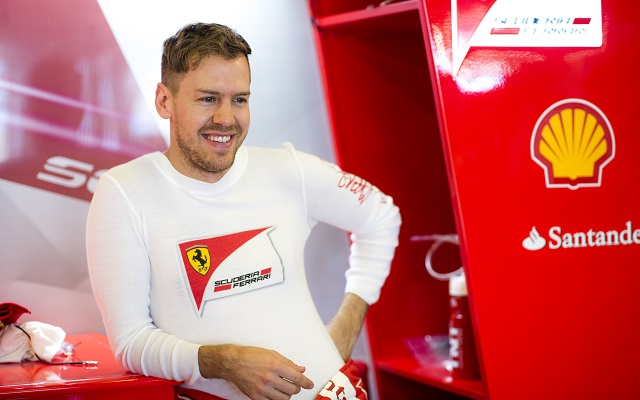 Four-time Formula 1 world champion Sebastian Vettel has been announced as a patron for the new ADAC Formula 4 series in Germany.

ADAC F4 takes over from Formel Masters as the entry-level single-seater category in Germany, and complies with the FIA’s framework for F4. Vettel won the Formula BMW ADAC title in 2004.

“I can well remember the early years of my career in single-seater racing and have a lot to thank the ADAC for,” said the Ferrari driver.

“It was a fantastic time for me, but also very important in my development as a racing driver. That’s why I’m pleased to make a contribution, along with the ADAC, to increasing the attraction of Formula 4.

“I’ll be following the championship with great interest; these guys are going to be racing at a high level, and I’m sure that I’ll be seeing some of them eventually in Formula 1.”

“With Sebastian Vettel, we have gained a successful Formula 1 driver as patron to the new ADAC Formula 4 series, someone who gained first-hand experience of the ADAC’s youth development programme at the beginning of his career,” said Tomczyk.

“Sebastian has been part of the ADAC family since the start of his career in formula racing. It’s great that he is now returning to his roots as four time Formula 1 champion and is so committed to developing young talent.

“It will be an additional boost to the motivation of these youngsters when they see that Sebastian started out in exactly the same way and that he is now supporting them on their career path into a hopefully successful future in motor racing.”

There are 41 drivers on the ADAC F4 entry list ahead of this weekend’s opening round at Oschersleben. These include ex-Formel Masters frontrunners Tim Zimmermann and Marvin Dienst while Mick Schumacher is the headline draw from a host of car racing newcomers.

PaddockScout will have coverage of every race of the ADAC F4 season, with a full preview online soon.