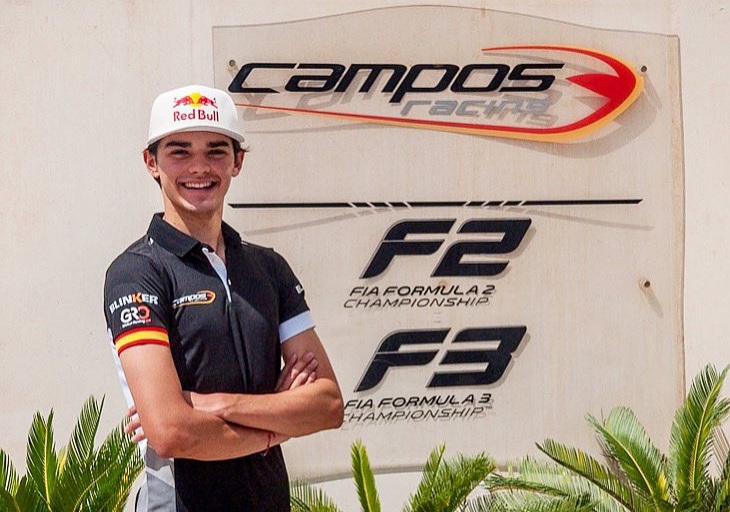 The American-Colombian takes the place of Hunter Yeany, who will be absent for a third round while he recovers from a wrist injury sustained at the Red Bull Ring.

Montoya’s main focus this year has been Formula Regional, coming seventh with two wins in the Asian championship in a part-time campaign with Mumbai Falcons and currently lying 10th in the European championship for Prema with three rounds to go and with a best finish of fourth achieved twice.

“I am very pleased to be joining Campos Racing for the FIA F3 Dutch Grand Prix at Zandvoort,” said Montoya.

“Despite the fact that it will be my debut and that everything was very last minute, my preparation for the weekend with the team has been excellent. I have to focus on learning as much as possible, but also try my best to be fast.”

Oliver Goethe filled in for Yeany at the Hungaroring and Spa-Francorchamps, and impressed at the latter in particular last weekend by qualifying and finishing fourth in the feature race, despite being involved in a scary sprint race crash with Zane Maloney.

Goethe returns to his main programme in Euroformula this weekend at Imola looking to continue his dominant campaign.

Campos’s own statement read: “Sadly Hunter Yeany is still not 100% recovered and will not join the team this weekend.

“We hope Sebastian will be able to adapt well to the car over the weekend and enjoy his FIA Formula 3 debut.”