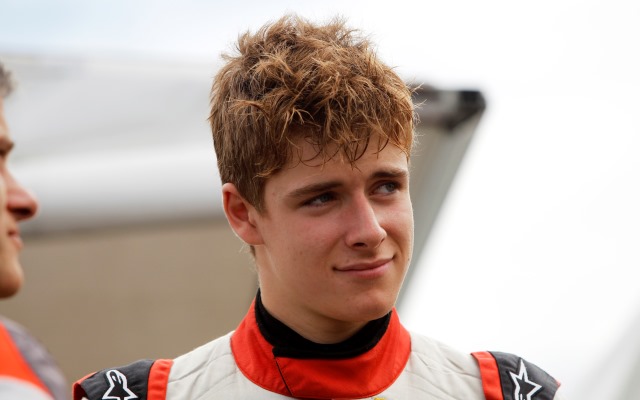 Sebastian Balthasar has become the latest driver to join Hilmer Motorsport’s GP3 setup ahead of this weekend’s races at Silverstone.

The German youngster will drive the #17 car piloted by Russians Ivan Taranov and Nikolay Martsenko at the opening rounds at Barcelona and Spielberg respectively.

17-year-old Balthasar will be the sixth driver in all that Hilmer have used so far in their maiden GP3 season. He joins Riccardo Agostini, who took over the #19 car from Beitske Visser last time out, and Nelson Mason.

Last year Balthasar won the Trophy class in German F3, and has competed in the FA1 series for ex-A1 Grand Prix cars so far in 2014, scoring three podiums from four races.

?I am very delighted that I get to race in GP3 Series this weekend,” said Balthasar. “It is a fantastic opportunity to prepare and develop for my future career. I would like to thank Franz Hilmer and his team that I can be with them in Silverstone. I have never raced on this track before, I only did some laps on the simulator. But I can?t wait to do my first laps in practice.?

Team boss Hilmer added: “We are very happy to have Sebastian Balthasar in our team and we would like to give him a warm welcome. Sebastian is a young and talented driver who raced in Formula 3.

“We want to give him the opportunity to show his talent in Silverstone and we hope that we will work together well. If everyone is satisfied with the result of the race weekend in England, we would be very happy if Sebastian would stay with us for the rest of the season.?

Balthasar is one of two additions in GP3 for the Silverstone weekend, with Mitch Gilbert having joined Trident.