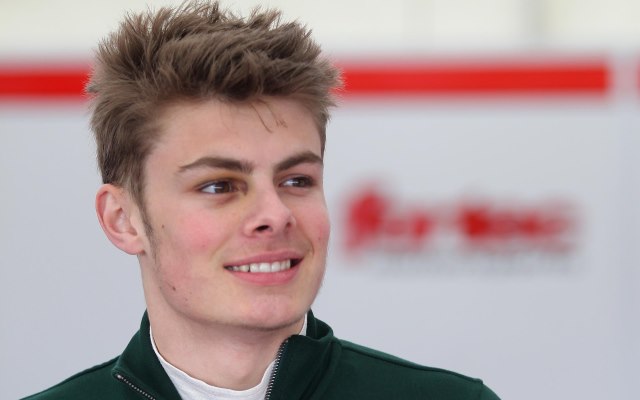 British driver Seb Morris will take part in the GP3 post-season tests in Abu Dhabi in November with the Status Grand Prix team.

Morris finished third in the Formula Renault 2.0 NEC this year with Fortec Motorsports, claiming victories at Silverstone and Assen.

Morris will spend all three days of the Yas Marina test with Status, who have won twice in the 2014 GP3 season with Richie Stanaway.

?Now that my 2014 race season is over, our focus has immediately turned to the on and off track preparations for 2015 and we are delighted to be going to Abu Dhabi with Status? said Welsh-born Morris, who will celebrate his 19th birthday the day after the test..

?The challenge of learning to drive the more complex and powerful GP3 car is one I am relishing and I aim to make a good impression. We aim to leave no stone unturned in maximising this opportunity and I can?t wait to get started.?

Team boss Teddy Yip Jr said that Status were keen to work with Morris in the test after his strong performances this season.

?We welcome Seb on board for the test and greatly look forward to working with him,” he said.

“Status has been keeping a close eye on his progress this year and, alongside his wins, his three pole positions have clearly demonstrated real speed.

?Over the three test days he will have chance to learn GP3?s Pirelli P Zero tyre, the car and the track, and then really go about setting some impressive times.?

Will Stevens switches from Caterham to Marussia support