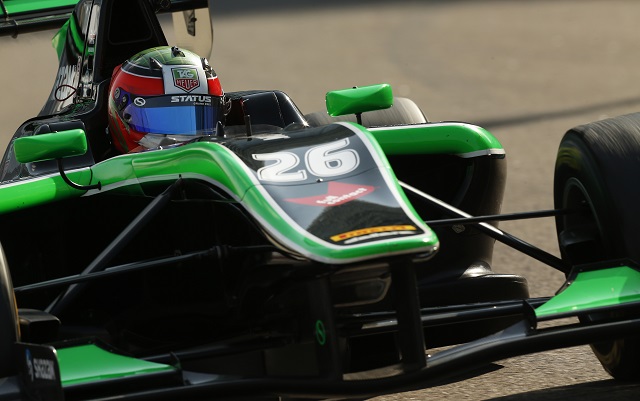 Seb Morris?has completed a move up to the GP3 Series with the Status Grand Prix team.

The Ginetta Junior champion in 2011, Morris made his single-seaters debut the following season in Formula Renault BARC, finishing third with five victories.

He then switched to BRDC F4 for the inaugural season of the series and ended up as runner-up with one win and ten podiums. Returning to FR2.0 for an assault on the NEC, he claimed another top three place in the standings after taking two wins.

The 19-year-old impressed with his performances across his three days testing for Status at Yas Marina, setting the second quickest time on day two.

?I always wanted to be in GP3 this year with Status, the team wanted me as well so it?s fantastic we?ve put the deal together,” he said.

“I definitely feel ready for GP3 and I believe I can compete with the best, I wouldn?t be out there if I didn?t feel that. Status was always the obvious choice, everyone bonded quickly when I tested last November and the atmosphere instantly clicked.”

Morris joins?Alex Fontana?as having a place confirmed in the Status GP3 line-up for the coming season.

?In our fifth GP3 season our aim is to win more races and improve on last year?s third place in the team championship,” said team principal Teddy Yip Jr.

“We believe that Seb will help us achieve this goal with his raw speed that was immediately evident when he stepped into a GP3 car for the first time last year.

?With Alex and Seb in the team we have the perfect balance of an experienced GP3 driver alongside a novice and we know that both are fully committed to their GP3 campaign and will fight for the title.?