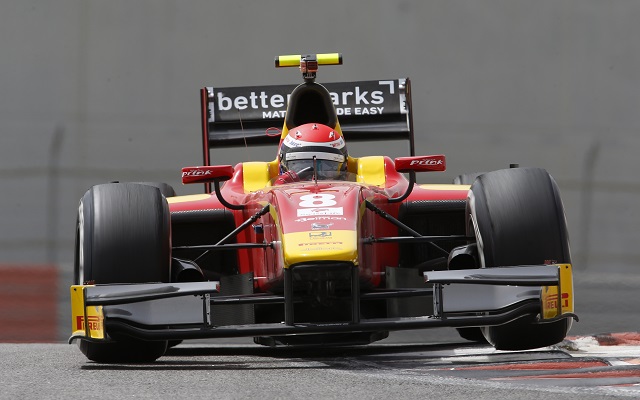 The three hour session was a fairly quiet one and was suspended for 30 minutes at one stage for software adjustments, as teams got the chance to use the Drag Reduction System (DRS) for the first time. The system had previously been tested on the series development car.

American driver Rossi was fastest on his first occasion behind the wheel of a Racing Engineering car since the end of 2010, driving the circuit where he got his one GP2 victory so far in 2013.

Completing the top three were the DAMS duo of Red Bull Junior Pierre Gasly and the Austrian firm’s former driver Alex Lynn. Gasly had dominated testing in Abu Dhabi back in November, while Lynn was in the hot seat when GP2 tested the DRS in Bahrain last month as a prize for his GP3 title.

Richie Stanaway (Status) in 13th was the fastest of the five drivers without seats secured for the coming season, while 2014 runner-up and 2015 title favourite Stoffel Vandoorne was only 23rd quickest for ART, 17 seconds off the pace, but completed the equal most laps of any driver with 30, joint with his old F4 rival Norman Nato (Arden).