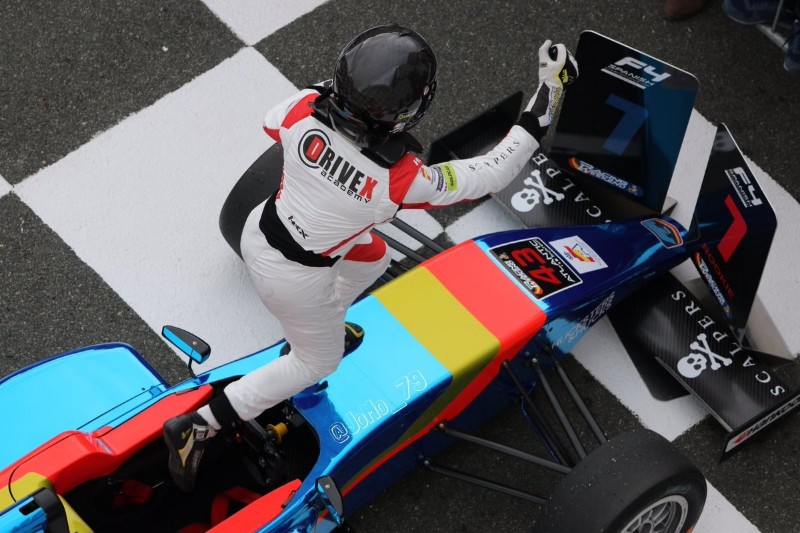 With the support of Fernando Alonso, Pedro de la Rosa and Esteban Guerrieri, it’s unsurprising that Youth Olympics athlete Franco Colapinto has kicked off his single-seater career in winning style.

Fernando Alonso launched his own Formula Renault Eurocup team this year, the latest part of his expanding FA Racing Team brand. Its debut weekend was pointless, but its distinctive colour scheme has already won this year thanks to Franco Colapinto.

The 15-year-old Argentinian is a graduate of the karting scene in his home country, but looked competitive when he raced abroad whether that was in the USA or Europe. After rib injuries ended his 2017 season early, Colapinto shone in various WSK karting competitions in Italy last year, as well as winning the first ever karting event at the Youth Olympics in his home capital Buenos Aires, before joining Drivex School for the final Spanish Formula 4 round.

He finished fifth in his first race, and started the final two races of the weekend from the front row. After a lap one move for the lead he held off continuous pressure to take his first win in just his fourth race.

Colapinto started 2019 the way he’d finished 2018, but prior to that starred in a Euroformula Open test that in retrospect looks even more impressive.

Driving for Drivex once again, Colapinto was eighth fastest on his first day of running, then topped the times in the opening session of his second day by 0.299 seconds. He was near the front in the remaining sessions, and ended up third overall, just 0.168s off the pace. 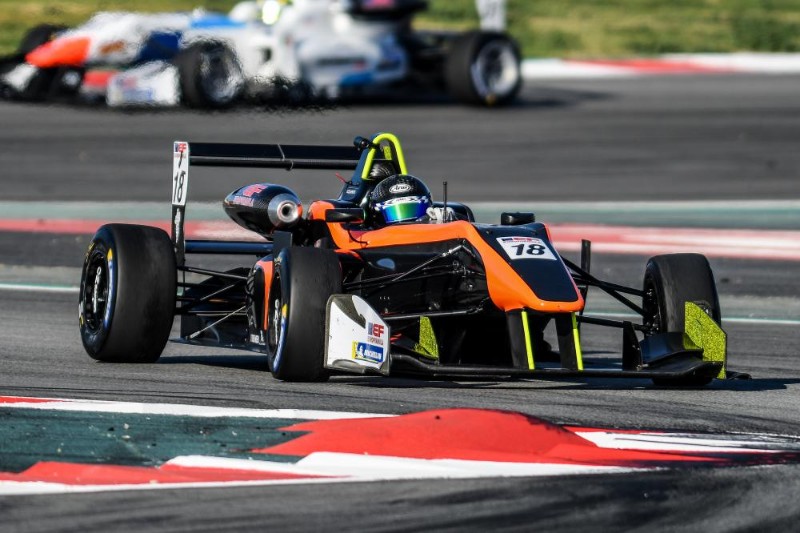 Drivex – and its fellow Piedrafita-powered rivals – struggled in the opening EF Open round at Paul Ricard against the HWA and Spiess-powered teams, and Colapinto’s test performances are the only time any of the Piedrafita cars have looked remotely on the pace under the current engine regulations.

Days before his star turn, Colapinto had spent time in the Formula 1 testing paddock with Alonso and Pedro de la Rosa; impressing them enough for them to back his Spanish F4 title tilt.

“It?s a very good opportunity to be in the Fernando Alonso Racing Team,” Colapinto explains to Formula Scout.

“I am pushing very hard to be at the top with the team, and with the people that support it. We’re already in a great position.

“I won the first race [of the season], we have a great group of people working for good results. This racing is going to be tough because there are many good teams, and the Italian F4 guys are coming to race here [too].

“We have to work very, very fast because we have just two short free practice sessions of 25 minutes, and you have to adapt very fast also to new compounds of tyres.”

Tyre supplier Hankook can bring softer or harder compounds to each weekend, with teams having to learn on the spot during race weekends.

“They are all the time changing, so we are not sure [if a compound will be used again]. But the problem is we don?t have those tyres to test, so we think we?re going to leave the last tyre for the races,” Colapinto says of his strategy for the second round of the season at Paul Ricard. 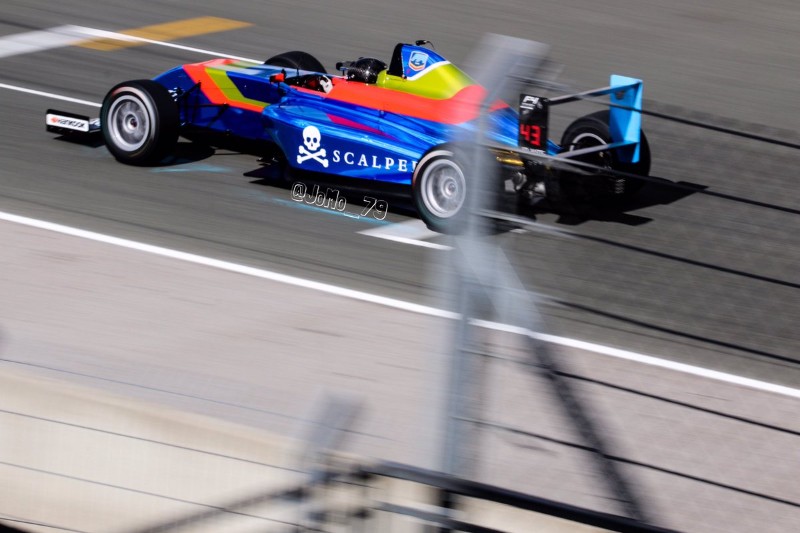 “We have three new tyres sets. Three set of tyres [we could save] for the races. We are thinking that’s what to do, and we’ll test with the current compound [in practice and qualifying]. It?s going to be a different feeling, but we are going to adapt as fast as we can to get as best results as we can.”

The complexity of the tyre allocation could be the deciding factory in a title battle, and Italian F4 team Jenzer Motorsport judged it best at Paul Ricard, winning all three races with Colapinto’s experienced compatriot Giorgio Carrara.

While the away trip to France didn’t yield the results Colapinto was expecting, nor the Navarra season opener after his second win was taken away by a red flag infringement, he’s still the championship leader and is confident he’ll return to winning wins very soon, not least because of the team around him.

“Fernando and Pedro give me advice. They know a lot, and? can help a lot in terms of driving, tactics and techniques. All the things that I need because I?m quite new in single-seaters. It?s quite a useful thing being in their team.

“I’m also with some Argentinian drivers racing over here. [Esteban] Guerrieri is a great person, he knows a lot also.?He helps a lot to my driving style, to watch the data, to improve. It?s great for me having them to help me improve much faster than I would alone.

“I?have a great engineer [Adrian Rodriguez Otero] at Drivex who has worked a long time with the team. He knows a lot and he?s a very good engineer. He tries always to get the best result possible, and get the things to work in the correct way as I want to progress all the time.

“The sponsors, the media, the?people that I love and are my friends at home, they all support me a lot for my races. So it feels very comfortable to here [on the other side of the world] with all that support. We can get stronger for what?s coming [because of that].” 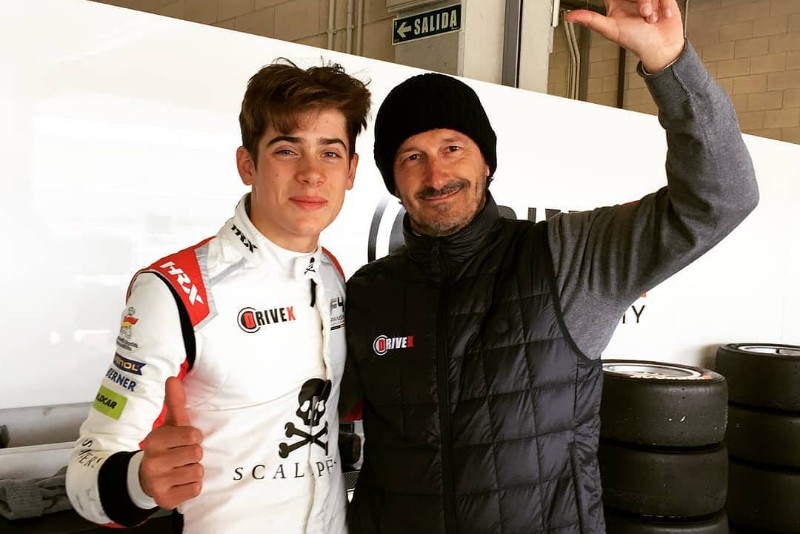 Colapinto’s first hurdle came at Paul Ricard, where a qualifying puncture, excessive tyre graining in the races and several spins combined with Jenzer’s imperious form to restrict him to one podium.

One of the spins – caused by contact with title rival Shihab Al Habsi – heavily frustrated Colapinto, but he has reason to smile with a important title lead (especially if Jenzer returns), a Esports role with Drivex, and his upcoming 16th birthday.

“Because I?m 15, so I?m not old enough to race in Euroformula. I think I?m going to start in the last few races of 2019, or next year. At the moment I’m just racing in Spanish F4 this year, and I’m going to go for the title. 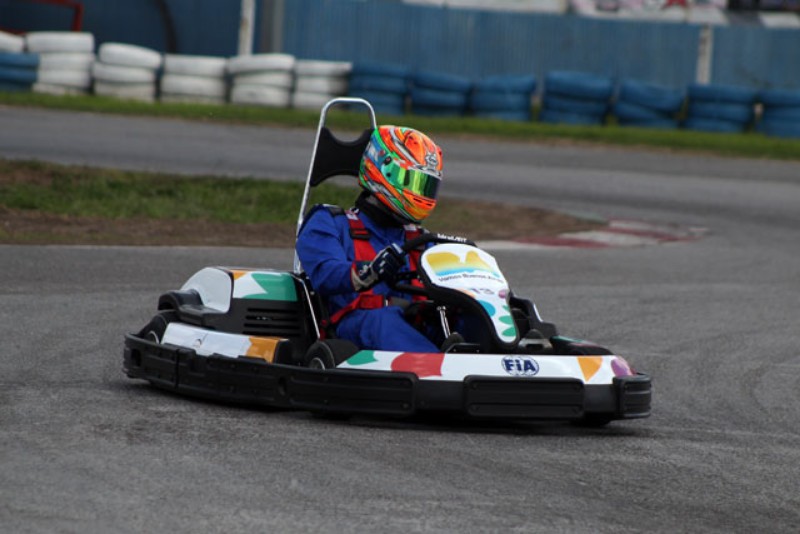