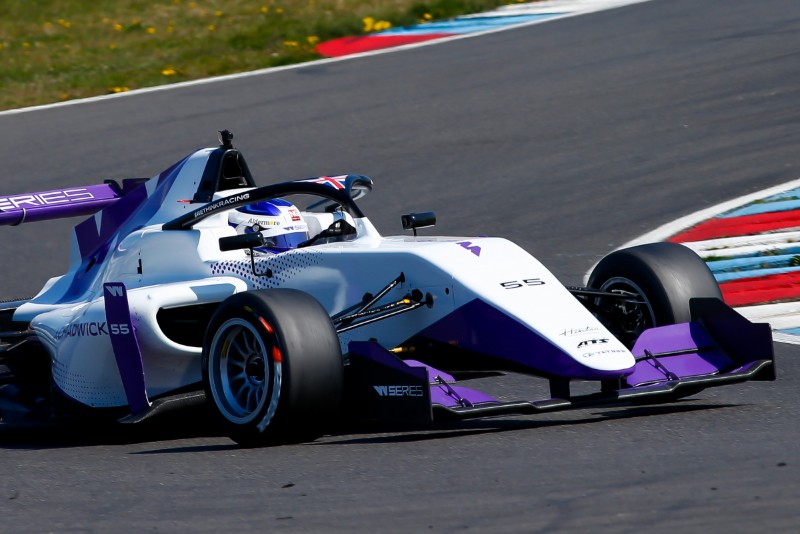 Jamie Chadwick set the fastest time again in wet conditions in the second W Series free practice session ahead of its first race at Hockenheim.

As per the first practice session of the day, it was Emma Kimilainen and Fabienne Wohlwend who ended up in second and third place behind the BRDC British Formula 3 race-winner and Aston Martin junior, with just 0.074 seconds splitting the top two.

Wohlwend was almost a full second behind, with BMW junior Beitske Visser and Alice Powell completing the top five just behind her. Reigning Britcar champion Sarah Moore was the only other driver to break the 1m58s barrier.

Jessica Hawkins and Tasmin Pepper both caused red flags with spins in the wet, while Vivien Keszthelyi failed to set a representative lap. Last of the drivers who did set a proper lap time was Sarah Bovy, who like Keszthelyi is one of the championship’s reverse drivers.

Supporting Pepper and South African compatriot Naomi Schiff was Desire Wilson, a winner in the British Formula 1 Championship back in 1980.