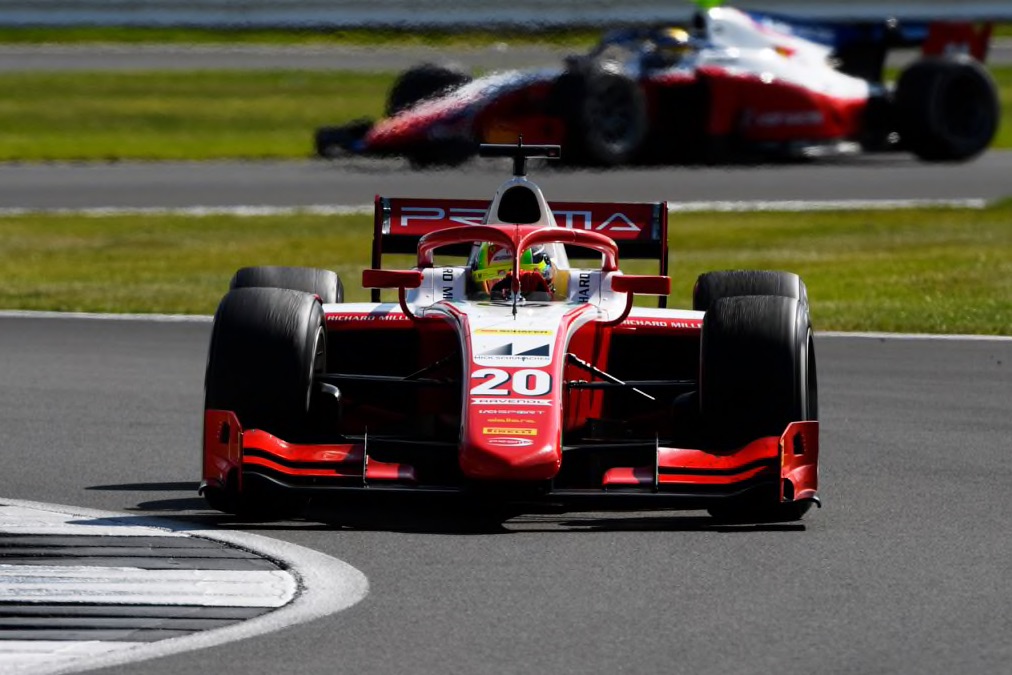 Schumacher waited until 15 minutes into the 45-minute session to get a significant time on the board.

He went quicker still on another push lap – just two tenths behind Felipe Drugovich’s pole time from last weekend – extending his gap at the top spot.

While last weekend’s feature race winner Nikita Mazepin initially took the top spot away from Schumacher, the Hitech driver was shown to have been extending the track at Stowe. He ended the session 13th.

A flash fire for Trident’s Marino Sato brought out a short red flag, but nobody managed to improve once the session resumed.

DAMS driver Dan Ticktum – the most recent race winner, ended the session third ahead of championship leader Robert Shwartzman – the second Prema driver having a loose panel on his car early on in the session.

Sean Gelael was fifth, ahead of Carlin’s Yuki Tsunoda, and Campos’s Jack Aitken – who spun in the closing stages of the session.

Last weekend’s polesitter Drugovich could only finish the session 17th of the 22 starters.