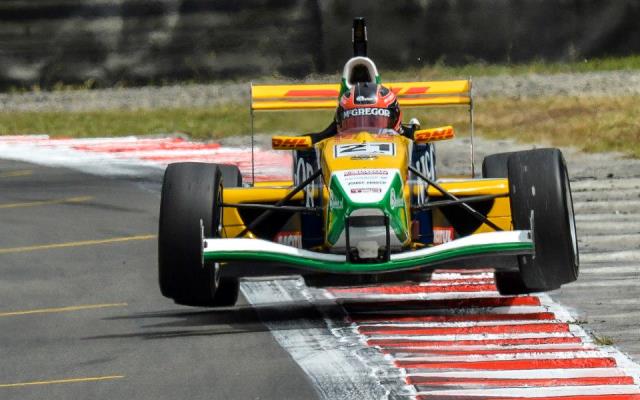 Australian Macauley Jones, Brazilian Gustavo Lima, Russian Egor Orudzhev and Swiss Levin Amweg will join the Dutchman and the previously announced Pedro Piquet in at M2 for the series in New Zealand.

19-year-old Schothorst will return for a second season in the TRS after an impressive rookie campaign in 2013. After taking one win at the season ending round Manfield on his way to a fourth place finish in the standings, the young Dutchman signed up for a Eurocup Formula 2.0 campaign with Josef Kaufmann Racing. He recorded a best result of third place at Moscow Raceway on his way to fourteenth in the standings. As well as competing in the Eurocup, he completed a part-campaign in the Northern European Cup, taking three wins on his way to fifth in the championship.

Jones, 19, will make his debut in New Zealand after two solid seasons in Australian Formula Ford. The son of V8 Supercar team owner Brad finished fourth in 2013 taking six wins. He was also named the 2012 Rookie of the Year and is a member of the CAMS Rising Stars program.

Lima comes to New Zealand after competing in this year?s inaugural BRDC Formula 4 Championship with HHC Motorsport. The 17-year-old finished fourteenth in the standings, achieving a best result of third place at Donington Park. He also competed in the Formula 3 Brazil Open race in January where he failed to finish and the one round of Formula 3 Sudamericana where he was able to take one victory.

Orudzhev comes to New Zealand following a breakout season in Formula Renault 2.0 with Tech 1 Racing in 2013. The 18-year-old, who will run under the banner of his backers SMP Racing in New Zealand, finished seventh in the highly competitive Eurocup – as the best rookie – and fifth in the Alps championship.

Completing the line-up is Formula Renault 2.0 driver Amweg. The 19-year-old raced for Jenzer Motorsport in the Eurocup after winning the Formula Lista Junior title in 2012. He finished the season 22nd in the standings. He also completed one round of the Alps Championship with the Swiss squad, attaining a best result of eleventh.

M2 Competition ran local boy Nick Cassidy to the driver?s title in 2013 ahead of teammate Alex Lynn, as well as claiming the teams’ title. The Toyota Racing Series kicks off on 11-12 January at Teretonga Park.