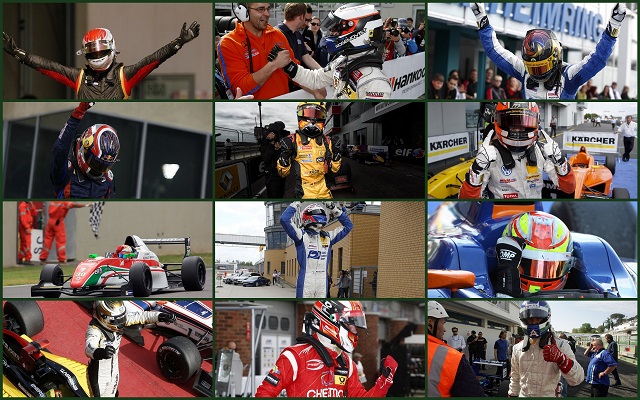 Consistency over long periods of time might be essential to any successful title campaign, but, in a casual onlooker’s memory, it’s all about the singular performances. From that point of view, strong weekends in junior single-seaters might be just as important as titles, as they show just what a driver is capable of when all goes right.

It was the late-season flashy dominance that allowed Daniil Kvyat to take the GP3 title – and it was that very ability to brush competitors aside during a weekend that completely disillusioned Kevin Magnussen’s rivals even before his title confirmation.

Below, we take a look at the six most impressive weekend performances in junior single-seaters this year.